When it comes to wuxia (武侠), there is only one master – Louis Cha – otherwise better known as Jin Yong, the Chinese literary master who singlehandedly wrote the books that set the foundation of Chinese martial arts (wu) and chivalry (xia) mythology. His 15 works, from the popular The Legend of the Condor Heroes (射雕英雄传) to Demigods and Semi-Devils (天龙八部), and The Smiling, Proud Wanderer (笑傲江湖) to The Duke of Mount Deer (鹿鼎记), set the standard of the genre, and have exhibited a timeless appeal that Chinese, Hong Kong and Taiwanese broadcasters and filmmakers have constantly interpreted and adapted, and no two are the same.

While there many have been other Chinese authors who have contributed to the modern world building of ancient wuxia, Jin Yong’s work have been the most embraced, and commonly adapted for the small and big screen, and everything in between.

The many interweaving themes and plot points give writers and directors choices when it comes to the specific aspects they want to focus on, and nothing exemplifies it more than the latest Hong Kong adaptation and reboot of New Kung Fu Cult Master 1, based on The Heaven Sword and Dragon Saber (倚天屠龙记). The book revolves around the actions of Zhang Wuji, who through his efforts to unite the wuxia kingdom, faces off against multiple sects and befriends supposedly evil fighters with hearts of gold, and confronts several heroes with less than altruistic tendencies.

Directed by Wong Jing and Keung Kwok-Man, this isn’t the first time that Wong Jing, known for his raunchy comedies, has attempted to adapt the famous book. In 1993, Kung Fu Cult Master, directed by Wong Jing, with fight choreography by Sammo Hung, attempted to tell the story of Zhang Wuji, with action star Jet Li in the lead, along with the likes of leading Hong Kong actresses at that time, including Sharla Cheung, Chingmy Yau and Gigi Lai, in the lead roles.

Alas, that film, with its slightly twisted take of Zhang Wuji, wasn’t embraced and plans for a sequel were shelved. Due to the amount of details in the novel, it’d be tough to squeeze every major plot point into a single movie and deal with all of them in a satisfying manner, and it looks like Wong Jing wants to try again in a reboot that recasts all of its characters from the original, and touts this as a new revival movie with a new proposed first chapter.

And it works as this new take is a more faithful adaptation of the book, and as such, New Kung Fu Cult Master 1 tells the first half of the story, establishing the main cast of characters and the complex nature of the various conflicts between them. This time, protagonist Zhang Wuji, played by Raymond Lam, is an easy one to like. Of course, corners are cut and instead of a long drawn out beginning that sets up the meeting of his parents, and sets the stage for a whole generation of conflict, Wuji’s tragic backstory takes up the first 30 minutes of the movie, where his parents end up dying because of the actions of various individuals from five of the six righteous sects trying to further their own agenda, all in the name of dubious justice.

Due to the nature of the original, and the many characters in the series, little time is spent introducing who the people are. And if you’re woefully unfamiliar with the various sects in the wulin (武林) world, then you might not understand the relationship between Shaolin, Ermei and Wudang (Western audiences might be familiar with the Wu Tang Clan, who took their name from the Chinese martial arts), or who some of the characters, such as the mentioned but not seen Guo Jing, are. On the other hand, some well known characters are also absent from this version, including Wuji’s godfather, Xie Xun aka 金毛狮王. In other words, it helps if you’re at least aware of the books, or parts of the many adaptations out of Asia.

If you’ve seen the original Jet Li version and hated Wong Jing for bastardising the famous story from the novel then, you can now appreciate that after 30 years, Wong Jing realised that he made a huge mistake then, as this take is more closely aligned with the books and numerous TV shows that have emerged in Asia TV content in the last 50 years, where Zhang Wuji is always the righteous, unintended hero.

Despite his early tragedy, Wuji grows up to be a kind-hearted man who is reluctant to kill, despite the often ruthless nature of wulin, the world of super-powered martial artists. And like in the book, he remains an involuntary casanova who inadvertently charms all the women he encounters – Zhou Zhirou (Sabrina Qiu), Xiao Zhao (Yun Qianqian), and Zhao Min (Janice Man) – and his unintentional womanising prowess is even referenced in a scene to great comedic effect.

Wuji’s entanglement with these three women is one of the most prominent plot points in the novel, as it brings the messiness of romantic relations to the surface. Is it love and romance when two people are thrown together through circumstances, and share a strong bond?

Wuji had a chance encounter with Zhou Zhirou when they were young, and when they finally meet again, despite the thin red thread of fate pulling them towards each other, they keep ending up on opposing sides of conflicts. With Xiao Zhao, who spent the most time with Wuji over the course of this movie, Wuji survived treacherous situations with her and saved her life, and this leads her to place her life on the line to protect what’s important to him.

Finally, Zhao Min represents the femme fatale, seemingly the primary antagonist who gets countless people killed in cold blood. In trying to stop her schemes, Wuji ends up making a promise to fulfil three of her wishes, essentially signing a blank cheque. It sounds incredulous on paper, but his relationships with the women are the foundation of the book.

It is interesting to see how, despite his peerless martial prowess, Wuji is caught between the wiles and allure of women. In wuxia movies, it is common to see might makes right as the ultimate solution, with the protagonist training to become capable of absolute violence in order to enforce peace using that as a threat. However, here, the complexities of relationships are portrayed as things that violence cannot untangle, adding to the appeal of the story.

But the story is not entirely a love story, as there is political intrigue across the chapters, and there are also the two special weapons that the book’s title refers to. The English title of this movie is confusing, because the Chinese title has always been translated to The Heaven Sword and Dragon Saber, and while these two mighty weapons do seem like MacGuffins, their importance in the story is present though not always felt. Rather than focusing on the characters’ desire to obtain these weapons, the struggle to get ahead of the grand scheme all the characters are embroiled in takes centrestage.

This lends credence to the idea that while strength does allow for one to change parts of the world as they see fit, it cannot always be the solution. The treatment of the theme is rather nuanced too, as Wuji’s ability to not kill is predicated on his martial arts superiority, and there’s also a sense that his decision to not kill led to more deaths.

Another prominent theme in the book, and replicated here is the idea of honour. The martial artists stick to certain unwritten, nebulous rules of honour. For example, when they fight, they will try to keep the fight fair and square, allowing their opponents a chance to surrender in respect of their dignity, and promises must be kept because words are worth their weight in gold. However, that idea of honour seems to be used when it suits the characters, and ignored whenever convenient, such as when the five righteous sects hatch an underhanded scheme to infiltrate the seemingly evil Ming sect, which they deem to be “evil”.

The idea of honour is further turned on its head when Wuji, who doesn’t kill anyone in the whole movie, becomes the leader of the Ming sect and seeks peace between the Ming sect and the other righteous sects instead.

The political intrigue is strong here, as the grander machinations behind the happenings of the world are obscured. The characters are mostly powerful martial artists able to move mountains, yet they seem like pawns in a game that unfolds as the movie progresses, and we still don’t know who are the ones playing this game.

When it comes to the action scenes, the martial arts moves can be hit and miss here. Jin Yong’s novels project a more supernatural element to kung fu fighting, with special moves and energy that are more Street Fighter than MMA, and while there is some choreography and special effects that manage to capture the super-powered feel of the characters while having a satisfying feel and rhythm to the fights, some are underwhelming and leave much to be desired in terms of flow and clarity. While Donnie Yen makes a special appearance as Taichi master Zhang Sanfeng (played by Sammo Hung in the original film), grandmaster and leader of the Wudang sect, he doesn’t have a full-fledged fight scene. However, we do get to see him perform a Taichi form, which just isn’t as exciting.

It’s hard to go wrong with a source material that’s considered a classic, which still serves as a springboard of inspiration to a new audience. New Kung Fu Cult Master 1 does whet the viewers’ appetite for more wuxia goodness and more modern adaptations of Jin Yong’s novels, and we’re glad Wong Jing has opted to right an almost 30-year-old wrong.

New Kung Fu Cult Master 1 does whet the viewers’ appetite for more wuxia goodness, even if the action scenes can be hit and miss. It plays on the major themes of the story in a way that’s easy to digest and fun to watch. 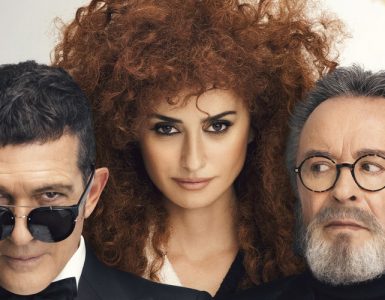