If adventure has a name, it must be….

Well, if you’re in China, it’s not Indiana Jones or Lara Croft. Instead, we have former soldier Hu Bayi and his partner, who serve as tomb raiders. The Mojin franchise is based off Tianxia Bachang’s best-selling novel series, Ghost Blows Out the Light, which is about a group of tomb raiders on a quest for legendary artefacts.

The novels have inspired several movie adaptations, and this is the latest, but the catch is that the movies are not linked. Both the earlier Mojin: The Lost Legend (2015) by Wu Er Shan (乌尔善), and Chronicles of the Ghostly Tribe (2015), by Lu Chuan (陆川) have no narrative link and Mojin: The Worm Valley is no different, with an entirely different cast from The Lost Legend. 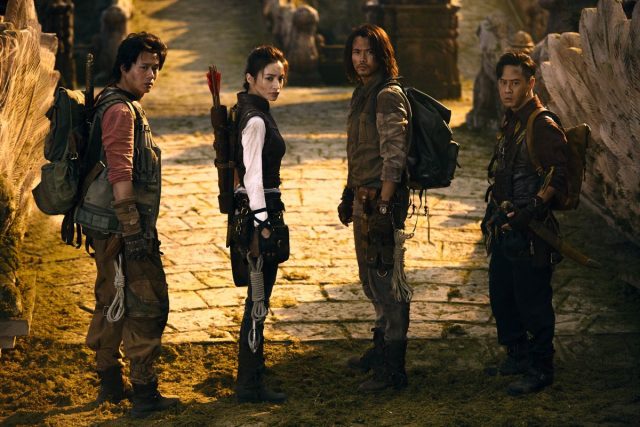 The film starts off by telling the audience of a curse set by a vindictive princess, which gives those cursed by it a tattoo on their shoulder, and subsequently causes them to die an early death. We are then introduced to characters Hu Bayi (Cai Heng), Shirley Yang (Gu Xuan), Professor Sun (Cheng Taishen), Wang Fatzi (Yu Heng), Gold Tooth (Marc Ma), and LingLong (Che YuSi), as they embark on a journey to retrieve a mystical orb so as to rid themselves of the curse.

Right off the bat, the cinematography deserves praise for several gorgeous wide, panning shots establishing the scene and… that’s about it for the movie’s plus points.

Sadly, everything else that follows is a bland, derivative mess that is extremely predictable.

It is when our motley band of adventurers make their way into a cave that the movie should probably change its name to Mojin: A Series of Chase Scenes. Sure there might be action, tons of it actually, but a good movie it does not make.

Each chase scene is pretty much the same as the other, with Hu Bayi staring at the monster, giving a pregnant pause as the camera pans around, before shouting for the others to run. How exciting.

With the movie putting as much emphasis on action and chase scenes as it did, it is little wonder the character development felt as if it got shafted to the side. When a character ended up dying from a fatal wound, audiences are just left going ‘Huh.’ as no time was given to properly connect with the characters at all.

The CGI is also another point of contention as some might feel that it is passable for China movie standards but it has no excuse being as irregular as it was. Some scenes had monsters rendered in fairly good CGI, while other “monsters” just make you want to cringe. 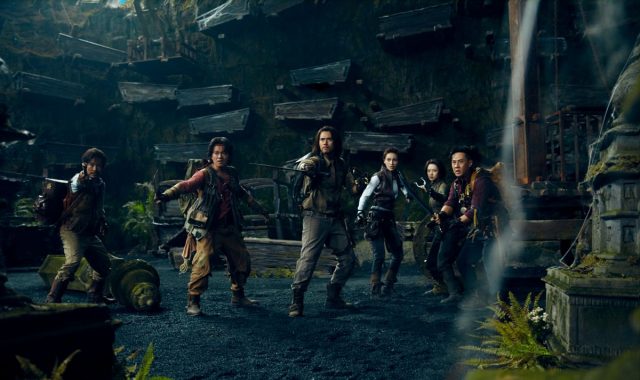 Towards the end, you are just left wishing for the movie to be over and done with. The day is saved, the group got their mystical orb, another member died, and then they decided to tease a sequel at the very end.

Let’s just hope that if a sequel does come out, it will be a lot more cohesive than Mojin: The Worm Valley. A movie with actually little to no worms in said valley.

Mojin: The Worm Valley has several cinematographic shots and is like an off-brand Tomb Raider movie. Only, sadly, not as enjoyable to watch.