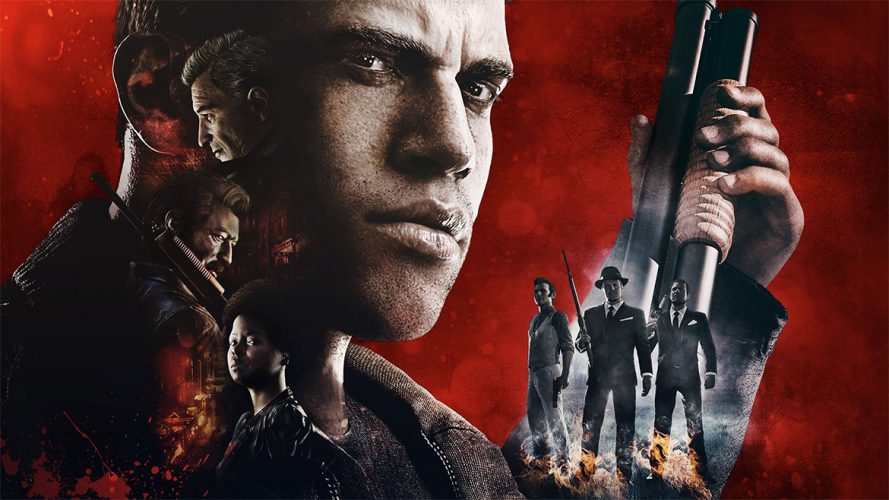 In Mafia III you take the role of Lincoln Clay, a mixed-race soldier who has returned back from running black-ops missions in the Vietnam War. Having grown up an orphan, Lincoln became part of the black mob located in The Hollow. An area that is housed with mainly low-income inhabitants of New Bordeaux (New Orleans). When he returns from the war, his self appointed adoptive father and brother, Sammie and Ellis, welcome him back with open arms before it comes to light that the black mob is having issues paying their dues to the Don of New Bordeaux, Sal Marcano. Double-crossed after a successful heist on the Federal Reserve in order to ease the money troubles, Lincoln is left with all of his loved ones dead, a scar from a bullet to the head and a revenge mission to make Sal Marcano’s life absolutely miserable.

The story in Mafia III is presented as a documentary with characters who survived being interviewed about their experiences in the present time and then we swing back to the events they were talking about. This is also inter-cut with other documentary footage of the time such as news segments and senate commission hearings. It is fantastically well done and really drives the storytelling forward. The story is not a heartwarming one loaded with goofiness and a happy ending, it’s a depressing, violent game full of brutal killings, torture and more. Just an average day in the mafia world it seems. Lincoln’s desire to take down Marcano and avenge Sammie and Ellis makes sense to any rational person, but the way he goes about it proves that he’s nowhere close to being a good guy. He’s a mixture of all three GTA V characters mixed into one. That’s the way I saw him anyway.  Mafia III constantly asks the player to question whether or not what they’re doing is the right thing before revealing that there’s no such thing as right in the real world. Excellent stuff.

New Bordeaux presents one of the most fascinating settings for a game in some time. The game world paints an accurate picture of the awful racism that was around in America during the sixties. It contains racially charged language and situations so be warned. The amount of racial slurs and derogatory comments thrown at Lincoln throughout the course of the game is quite shocking. Mafia III handles these awful ideals that were very much commonplace back then with incredible grace. On top of all of this, there is the sex, drugs and general debauchery that you’d expect to be happening in a mob-ridden New Bordeaux during the sixties. Couple all this with a sensational licensed soundtrack loaded classic and southern rock, funk and blues and of course oldies it’s very clear that Mafia III nailed its setting perfectly. Other games take note.

Where Mafia III stumbles is when it comes to mission structure, its open-world and the glitches. Oh the glitches. If you’ve played any open-world game such as the GTA or Far Cry series you will have a good idea of what Mafia III plays like, with a couple of interesting exceptions. The first couple of hours are pretty straight forward with a small section of gameplay positioned between a series of cutscenes that set up Lincoln’s tragic backstory. This slow paced transition into the full open-world works well as Lincoln shouldn’t become a badass mob boss immediately. The plan to take Marcano down involves first defeating his lieutenants, then his capos and then finally the main man himself. This is done through a similar system to Shadow of Mordor’s nemesis system. It’s a fun system but not as in depth as the aforementioned game. Taking everyone out of the picture involves moving around the map and capturing their respective rackets and districts. Capturing the various rackets is where the open-world structure comes into play, as this is done by heading to a specific area and killing everyone that stands in your way.

Once you have created enough chaos, the racket boss appears and you will be able to take him out. You can then assign the racket to one of your three underbosses and move onto the next racket, take them all out and the district is yours. The journey Lincoln takes from working his way from nothing to the top of New Bordeaux is structured in a way that makes sense and not over the top like other games. However the mundane and repetitive nature of the missions hold it back from being truly great.

There are numerous collectables such as Playboy magazines, paintings, vinyl records and plenty of cash to find lying around and unfortunately that’s about it to do outside the the main story. Which is a letdown considering how beautifully the world has been created. However, this isn’t the worst thing in the world considering that the narrative is so strong, but if you’re someone who is looking to get lost in a world full of activities like GTA V or Saints Row then this is not the game for you.

Mafia III is definitely not as barren as its predecessor, but it’s still the type of game that you play for twenty or so hours, finish and then put down. The combat system is fairly simple too by modern third-person shooter standards. All of the hand-to-hand fights can be executed by mashing a single button and the cover system is pretty basic and a little wild thanks to its single-button system.

Visually, Mafia III can be amazingly beautiful and at other times it looks like last generation. Mafia III isn’t a bad-looking game by any means its just that the amazing facial animation and gorgeous character models used in the cutscenes are at such odds with the in game graphics. Then there are the glitches. Oh boy. There has been nothing game breaking yet but the shear amount of glitches I have encountered is quite bewildering. Characters clipping through walls, weird sun light,  animation issues, bullet damage on walls appearing on characters when they are in cover, falling through the map. I could go on. Mafia III has technical issues. Lots. But they don’t take anything away from the experience. they didn’t for me at least.

Mafia III is now available on PS4, PC and Xbox One.

If you’re looking for a sandbox experience like Grand Theft Auto V, you’re not going to find it here, as Mafia III‘s side content outside the main story is very sparse. If you are looking for a strong narrative set in a realistic world, then give this a go, you won’t be disappointed. Technical issues hold it back from being truly great though.