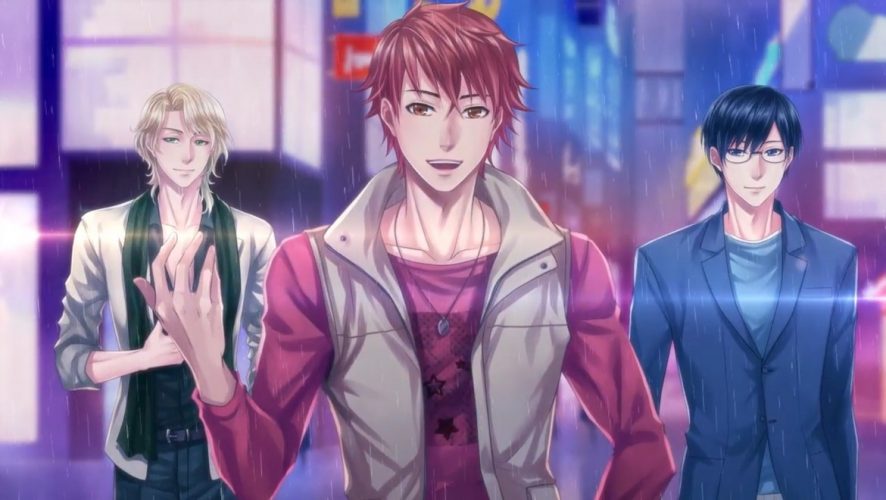 She’s just a regular girl in college trying her best to pursue art and get through life without getting a boyfriend, so why can’t people just leave her alone?

Unfortunately, that’s the sad reality that a lot of girls face, Kokorogawari brings you a light-novel/otome (for girls) game which tries to capture just what it’s like. Meant to depict a “grounded and authentic portrayal of modern-day Japan”, Kokorogawai, which means a change of heart, presents you with a liberal dose of the ugly side of being an attractive, single girl, especially when it comes to dating. 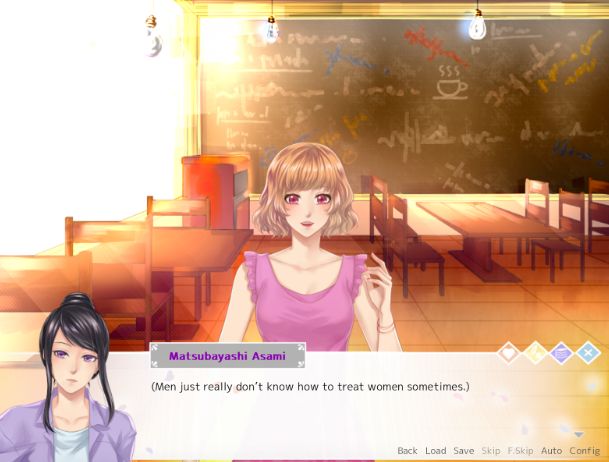 In that, it surely succeeds, but does that unique perspective on the world really work in a dating sim, presented as a visual novel?

The protagonist Asami, is a good-looking student in college for art, and it’s clear from the start that she does not want a man. She’s not a man-hater by any means, but for a long time in the game, she consistently shuns any attention from would-be suitors in favour of taking care of her mother or focusing on her art.

Inevitably, she encounters three devastatingly attractive men, as you do, who all seem to have a special interest in her. One, the hottest boy in her art cohort, the second, a co-worker at the internship she’s working, and three, the new foreign art teacher who just took over her class. Yet despite her lack of interest, because this is a dating sim and that’s just how it is, all three of them seem to take a special interest in Asami. 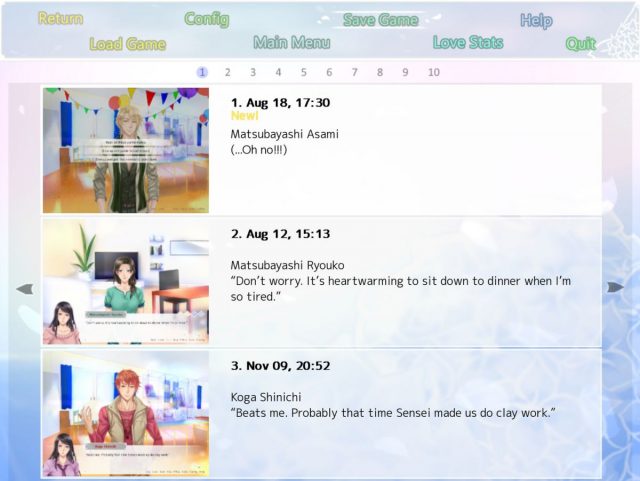 With the vastly different characteristics of each of the guys, the game showcases a storyline through each other them that is unique, yet shows the consistency in society in all its different facets. From the workplace, to class, to the cafeteria, the game shows how people in these situations can have honest conversations about art, life, and the real world, all while navigating an absolute cesspool of sexism and social pressures.

Which is, after all, the main point of the game. At every turn, Asami faces pressure to date someone, to find a boyfriend, to at least show some interest in finding a nice man for her to get married to. By at least one boy, she’s constantly badgered and harassed in a way that is, from her perspective, not cute, and others similarly hit on her and make her uncomfortable. 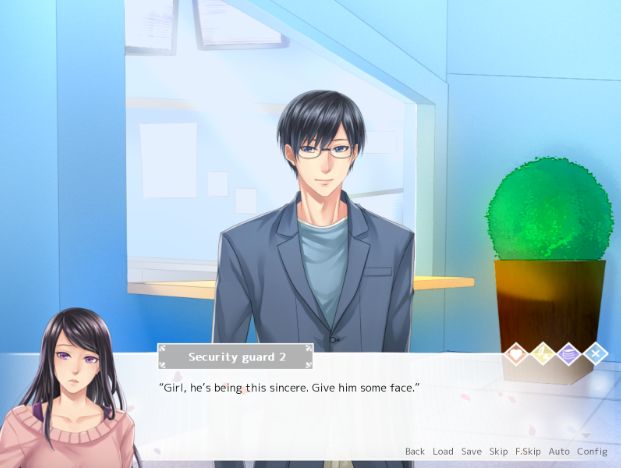 And it’s not just her suitors who contribute to this. At every turn, she’s surrounded by people who just can’t seem to give her a break. Her coworkers tease her non-stop for every interaction she has with the boy in the office, her best friend encourages the hot boy who keeps harassing her, her mother sighs constantly about how she wishes that Asami would just find a nice boy to marry already.

Playing from Asami’s perspective, and seeing her reactions, as well as the thought process behind each of the actions, gives the player a firsthand look into what it’s really like to navigate the world as someone like her. The need to watch your words, the inability to just talk to someone as friends because they think that you’re interested in them, the way that an innocent conversation can be misread. 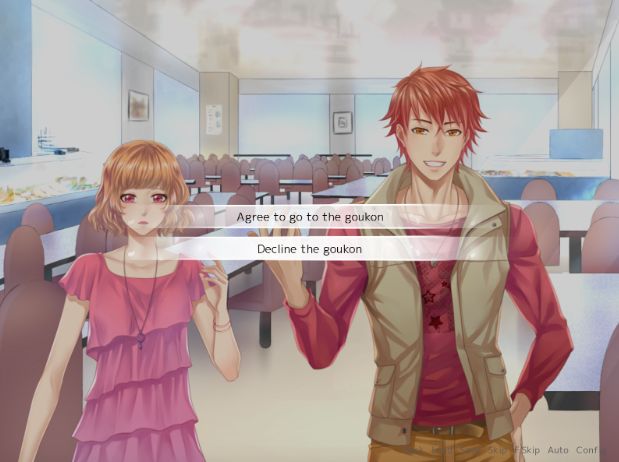 It’s frustrating, and it makes you angry, because it’s absolutely real.

The writing, then, is undoubtedly spectacular. But from a gameplay perspective, it falls short of being a fun game to play. After all, you’re playing as a girl who does not want a boyfriend, (and who, spoiler alert, has a very very valid reason for distrusting men), who is being disrespected horribly by the men pursuing her the hardest. It’s a long and frustrating task to play as Asami, and it’s not helped by the way the game is constructed.

In an otome game, you’re typically given choices which determine which love interest to pursue. But this game takes that expectation and adds fuel to the flame. You’re given so few choices in this that each choice you get to make feels like a tiny bit of liberation. The first 2-3 hours of gameplay only had 2 choices in total. 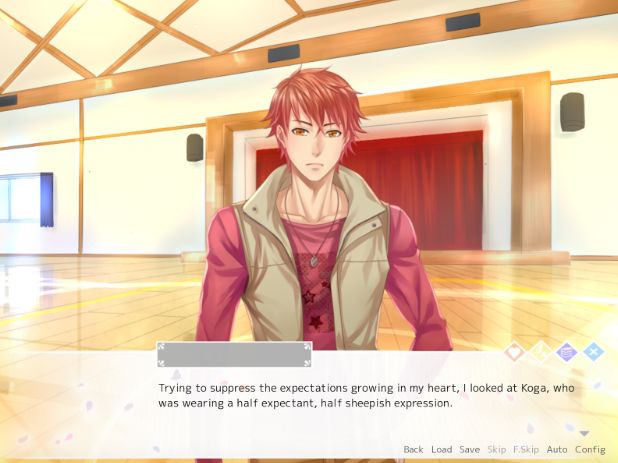 After watching Asami get pushed around by everyone, you’re finally allowed a tiny bit of freedom, and you’ll be determined to grab onto it. But to get relief from the neverending frustration train, you don’t want to be anywhere near the guy.

Yet if you choose the option that makes the guy go away, then you’re one step further from achieving the ideal ending. Which is the fatal flaw of this game – after experiencing the sexism that Asami faces, there’s no incentive to keep playing. 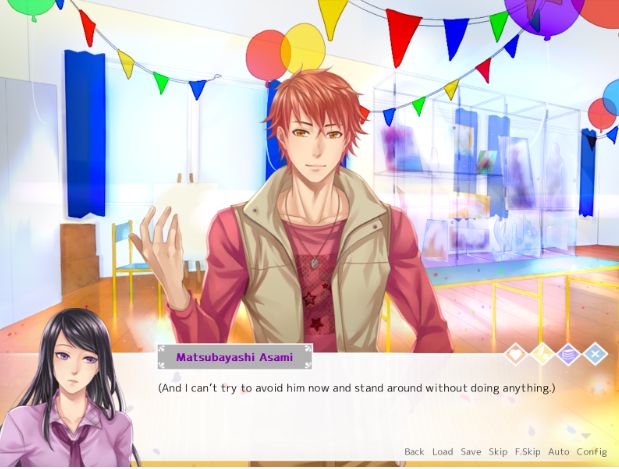 Given that the POV character is a girl, the target audience for this game is presumably female. But, as a girl, why would you subject yourself to the kind of treatment that you face on a daily basis? Any even for those who can’t relate to Asami’s experiences, it’s difficult to see why anyone would set themselves up to essentially stand by, helpless, getting more and more frustrated as the hours tick by and the frustration doesn’t let up.

After playing for more than 6 hours with no end in sight, it’s hard to see how this game in its entirety would be appealing. Especially in the otome genre, where you’re supposed to want to date these guys. About the 5-hour mark, you finally get set on a path towards a particular boy, after which Asami, against her own wishes, seems to finally reciprocate the feelings of one of the boys. 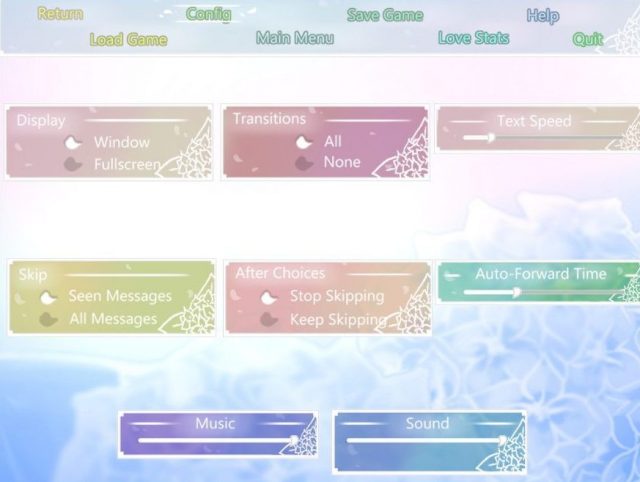 And yet, after hours of reading her internal monologue and just, hating, it doesn’t feel like a battle you’ve won. Giving in to her feelings almost feels like losing.

It’s like watching an 80s movie where the awful, asshole guy gets the girl even after being rapey and inappropriate, and generally disregarding anything the girl says. But now we’re seeing it from a modern girl’s perspective. Maybe this game is telling us that we really don’t want to know the girl’s side of the story here. 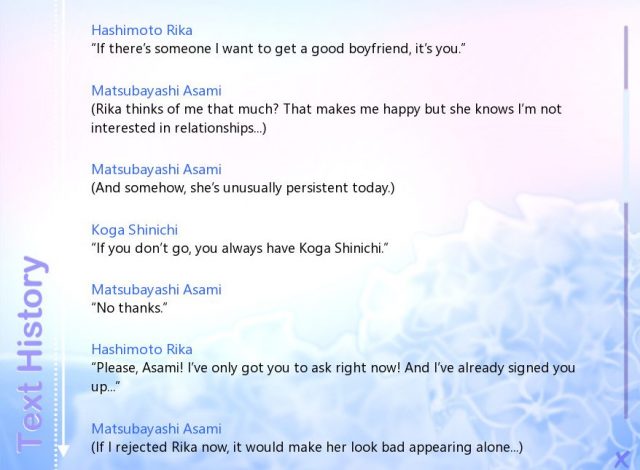 From a light novel point of view, this game is great. But as a game, the very nature of the premise means it cannot be enjoyed fully. Kokorogawai shows a huge variety of situations that you can encounter as a girl in the real world, and it captures the everyday frustrations perfectly. But frustrating is probably the world that best sums up the experiences of playing the game. The lack of choices, the empathy you feel for the character, and the anger you feel on her behalf as the plot happens to her, makes it a difficult game to really enjoy.

A great story which reflects upon reality too authentically to be a good game.