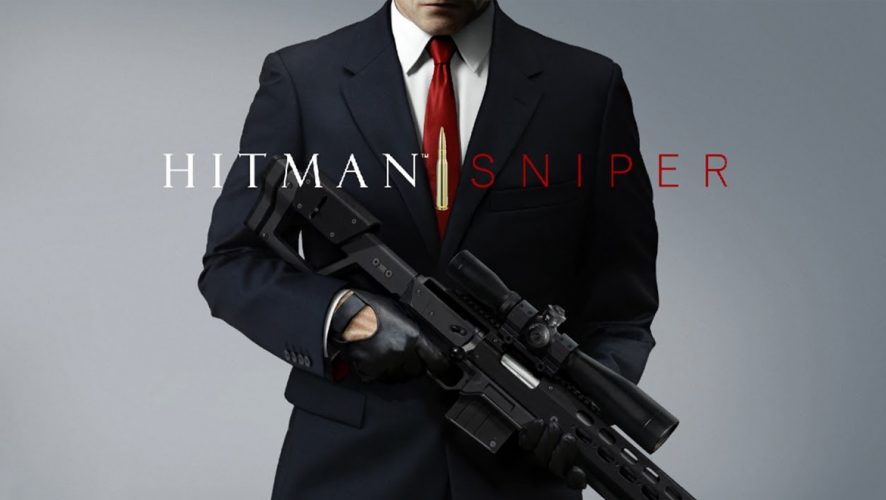 The state of mobile games is a messy one. Lower development costs has brought in all these hack developers who just repeatedly copy ideas so the mobile gaming scene is now like the Korean pop music scene where every offering looks like they’re from the same plastic surgeon.

Sniper games are no different, and browse around the stores and you’ll be inundated with a gazillion variations of Zombie Sniper, Elite Sniper, Combat Sniper, 8-bit Sniper, Sniper Dash and Candy Sniper. It wouldn’t be surprising that a game called Hitman: Sniper would be just a cash grab that re-skins an existing game mechanic with a bald head and a red tie.

But luckily, it isn’t.

Yes, you still line up targets with a scope and shoot oblivious bad guys with a high powered rifle, occasionally pressing the hold breath button first to make it easier. But it’s not just about killing bad guys; it’s about doing it with style.

See that guy leaning on a railing? Sure you can kill him with a head shot… But it’s much cooler to shoot the railing out and let him fall to his death, making it look like an accidental death due to poor workmanship. Time it so that he falls on top of another guard, and you get a domino double kill!

Creative kills reward you with additional points and indeed the latter stages will require you to rack up more and more points as part of your mission objectives. That, and gives you bragging rights among your friends on the leader boards. The original Hitman games were about creative killing, and this is a wonderful extension of that concept.

But how do you go about setting up these creative kills and find the right opportunities? This is the part that could be a deal breaker for some people: the entire game takes place in one level. You’ll always be in the same spot overlooking the same three buildings. There will always be the same guards and targets, doing the exact same routine again and again.

Remember Groundhog Day or that underrated Tom Cruise movie Edge of Tomorrow? It’s just like that and you will live the same ten minutes again and again; Nothing is random. The above-mentioned guard on the railing will always be there at that moment in time, and that chubby guy will always sneak off to hook up with the prostitute after his evening walk.

The idea is to study the schedule and plan an optimal routine. Shoot this guy first, then take out the laptops, then disable this light. If you plan your routine correctly, you will eventually complete your mission objectives.

People like me who replay the first level of Sonic the Hedgehog over and over to improve their time and scores will love this mechanic. Others will complain that it’s repetitive and a scam to only include one level (albeit a really big and well designed one).

Even so, is it repetitive? Not really, because the mission objectives change all the time and exposes you to new techniques and creative kills to add to your repertoire. Sometimes you have to go for the low but fast scores to meet a time limit, while other times require a slow methodical approach to check off several objectives. 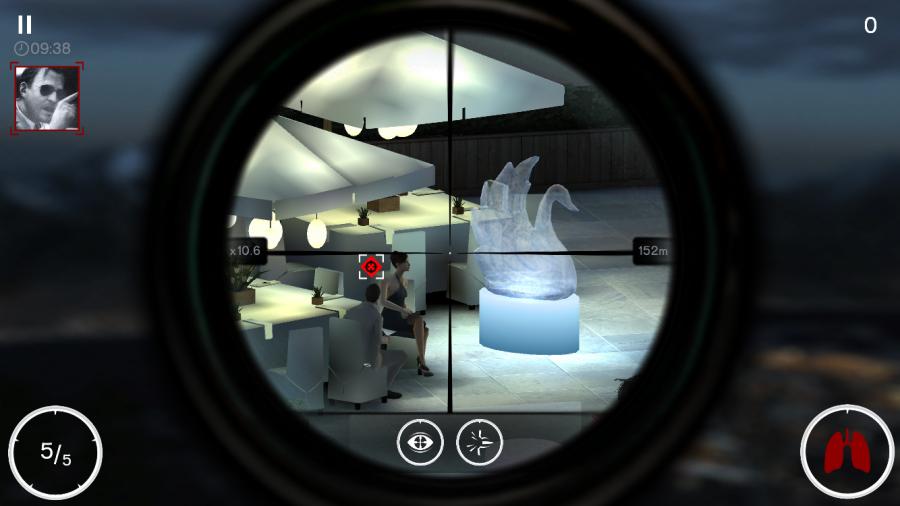 And then there are the different rifles that you unlock throughout the game. Aside from different attributes like clip size and reload speed, they also have unique abilities like x-ray vision and perks like score bonuses for a certain type of kill. These traits really change the way you approach a level, and unlocking new rifles is a big draw for replayability.

At S$8, this isn’t the cheapest game around nor is it close to being the most expensive. But seriously, it costs less than a movie ticket and will last you much longer so I wholeheartedly encourage you to try this game. Otherwise, have fun playing Candy Sniper and begging your Facebook friends for more jellybean bullets.

Check it out now on the Google Play Store or the Apple App Store.

It’s a very smart take on the sniper genre, and well-worth your time.