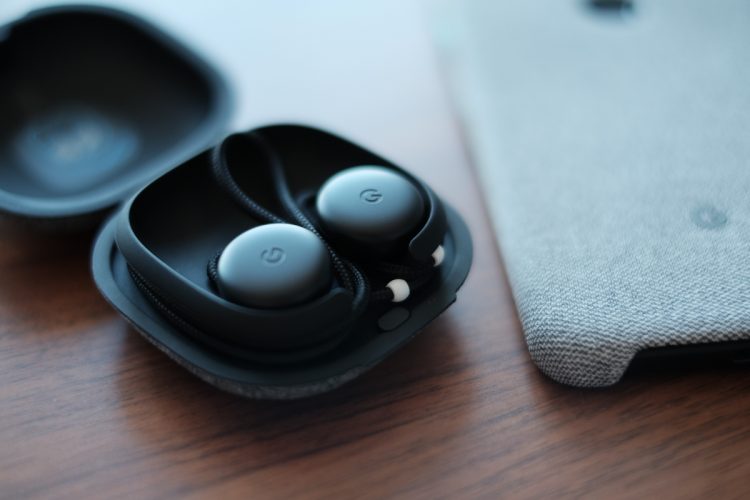 When Google first announced their new slate of Pixel 2 devices, the most glaring omission from their new flagship phones was the absence of a 3.5mm earphone jack. It was the very thing that Google actually mocked Apple about before, but then decided to follow in their footsteps.

Sure, folks could always make do with an adapter, but even though it’s already 2017, Bluetooth headphones, with their inconsistent performance, aren’t always worth the investment.

If you’re flushed with cash, Sony’s WH-1000XM2 is fantastic. However, if you’re looking to carry something around for day to day use, Google’s very own Pixel Buds might be a decent alternative.

How special are they, compared to any other Bluetooth earpieces in the market? The only edge it affords the user would be it’s real-time translation feature, which unfortunately, are not the device’s best selling points.

As with new tech, there’s always a learning curve. Right out of the box, you would have to ensure that all sticker labels under the buds themselves are taken off. Else, you’d be like me, wondering why the buds were not pairing. User problem right there. 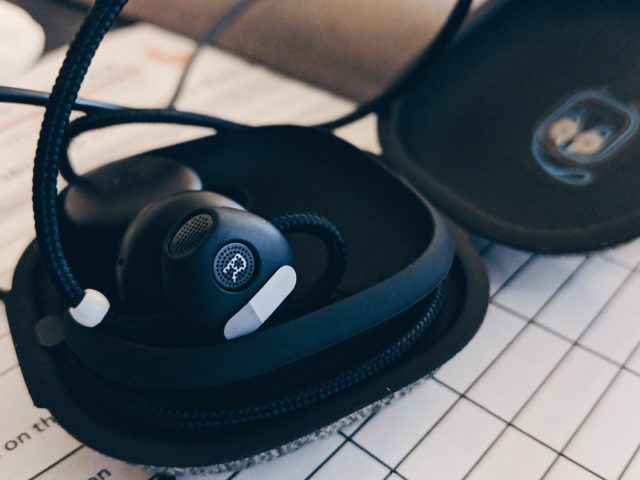 Bluetooth tech has, for the longest time been, turn on pairing on both devices and you’re done. With the Pixel Buds, users should be able to pair the buds to their Google Pixel 2 upon opening the case for the first time. Sadly, this feature did not work in my tests but you’re still able to pair manually. After unpairing the Pixel Buds from the phone, the pairing assistant still did not appear at all.

In all honesty, I was really hoping the feature would work because it just one of those really small things that can be used to show off to Apple users that Google’s hardware is top-of-the-line and switching over would be as seamless as possible. But alas, it was not to be.

Once the Pixel Buds were good to go, it was actually all plain sailing from here on. After a quick tutorial on how to operate the Buds (which is highly recommended), all you need to control the phone comes quick and easy via the touch sensors. If you find yourself forgetting the controls to the Pixel Buds, the earbud settings can be found once again via Google Assistant. No additional app required. 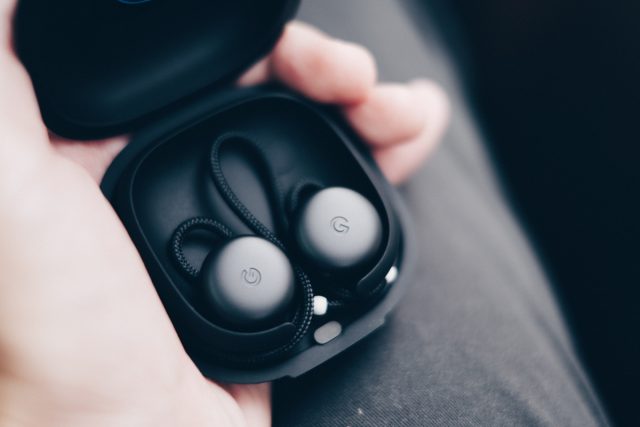 With a few days of day to day use, the Pixel Buds were more than sufficient to stay charged for close to 5 days before both the charging case and earbuds but ran out of juice. I found that due to the earbuds open design, quite a bit of environmental noise leaked in which resulted in me turning up the volume on my music during commutes. Because of the same design, the Pixel Buds offer less bass compared to what I’m used to. It terms of audio quality, the Pixel Buds deliver good sound but there’s nothing really much to shout about. Frankly speaking, this can be attributed to the open design of the earphones. If you’re been used to in-ear earphones, the Pixel Buds will need some adjustment to get used to once again. 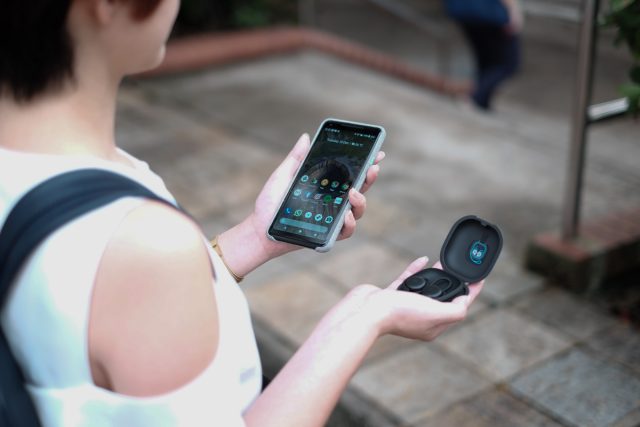 In day to day use, it became pretty tricky to put on the earbuds with one hand only. The motion of opening the case and then wearing the Pixel Buds with phone in hand feels like you could drop either sooner or later. 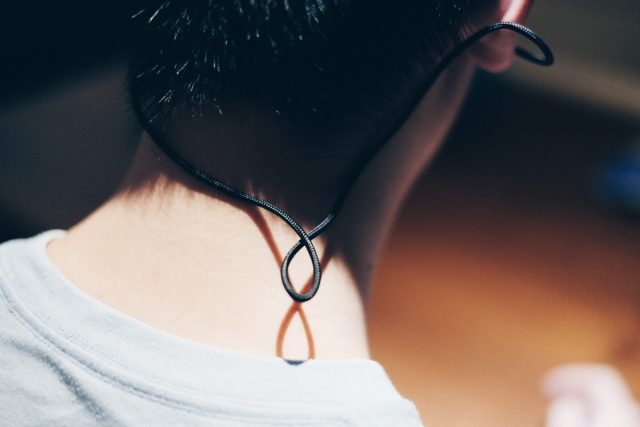 The fact that the Pixel Buds are connected together with a thin cord meant that, in haste, one might find the cord dangling under the chin as opposed to keeping it wrapped behind your neck. Part of this cord also helps secure the earbuds within the outer ear as well. Once adjusted, the Pixel Buds would tuck into the ear nicely and having tested running for the bus, the earbuds did not budge the least bit. It can fall out of you’re shaking side-to-side vigorously, but it does take a good amount of motion to dislodge the Pixel Buds. 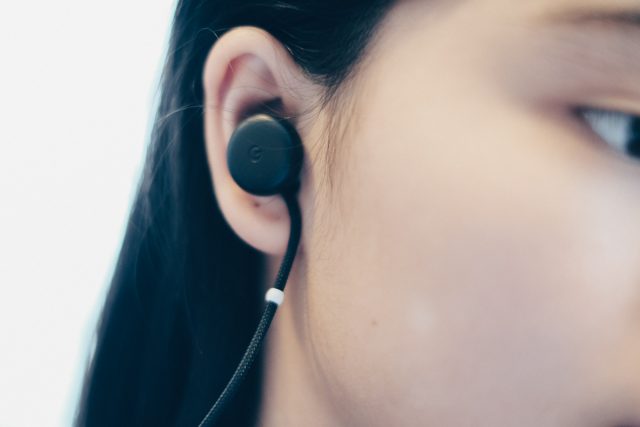 The highlight of the Pixel Buds would be its much touted real-time translation. Having tried the feature with Chinese, Japanese, and German, the translation feature does deliver. Even in a crowded location like at the subway station, where one might likely use the translation feature, the Pixel Buds did amazingly well to pick up my best impression of a confused tourist who needed the bathroom urgently. All of this works using Google’s existing Google Translate app, while the Pixel Buds helps open up the app with a mention of “Google, help me speak <language>” the back and forth nature of the conversation could be more polished.

After each sentence uttered, the responding party would have to press the toggle on the phone to begin the conversation. In the end, the overall experience is not unlike using the app standalone as well. It really does boil down to Google’s strength of their translate app and less so of the Pixel Buds. Having tested this feature extensively, the translate feature is a more impressive party trick with the Pixel Buds plugged in as opposed to passing the phone back-and-forth to help different parties understand each other. 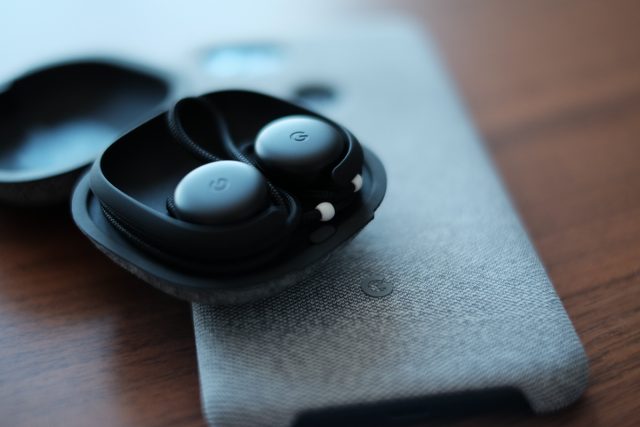 Priced in at S$238, which is the same price as Apple’s AirPods in Singapore, one cannot help but start drawing comparisons between the two. Pitting Google’s best versus Apple might be a bit premature at this stage right now. Having compared both at the same time, Apple does come up tops when it comes to initial pairing but I found that the Pixel Buds do better over time due to a richer amount of multimedia controls available via touch. Audio wise, the Pixel Buds have an added edge over the AirPods as well. Using both devices for phone calls, the opposite party reported better clarity when I used the Pixel Buds as well.

Thus apart from the slightly easier access to translation features, the Pixel Buds does not really have a clear advantage over the AirPods or other, honestly, other top of the line wireless Bluetooth earphones at the moment. The Google Pixel Buds are good but they are far from the best at this juncture.

A solid, first attempt by Google at wireless earphones. Perhaps, it all boils down to personal preference based on design. Hopefully next year, we’ll see the Pixel Buds 2 being fully wireless out of the box as well.