Since the launch of the first DJI Osmo Pocket, the range of small, camera devices that fit into the vlogging niche has expanded, as even Sony has entered the fray. But none of the clones out there, not even GoPro, has released a device similar to the DJI Osmo Pocket – a gimbal enabled video recording device that’s quick to boot up, shoots 4K video, and remains compact to fit within a pocket.

Having used the original DJI Osmo Pocket in a trip to Africa in 2020, the capabilities of the device were a boon, as it could be used where and when it comes to such devices, simplicity is the rule of thumb, and anything more complex would require phone gimbal or bigger.

The DJI Pocket 2 continues with this tradition and it’s great if you do not want to be bogged down by gear, as it just works. Incidentally, the original DJI Osmo Pocket did have the potential to expand its features, with additional bells and whistles with third-party wide-angle lenses and audio attachments, and the refreshed DJI Pocket 2 addresses some of those limitations.

Everything about the Pocket 2 is an improvement over the original, starting with the CMOS camera sensor, which is bigger, at1/1.7-inch, versus the original’s 1/2.3-inch. The bigger upgrade though is the wider lens. The DJI Pocket 2 now packs a 20 mm f1.8 lens, compared to the 25mm f2.0 lens in the original. This means that folks who use the newer model can expect to see a lot more background footage, as opposed to close-ups. DJI has also added two more microphones to the latest version, as there were complaints that the audio was lacking, especially when it was used for vlogging.

Aided by DJI’s superior stabilization technology, the limit as to how you’d use the gimbal is simply down to creativity or opportunity. All the modes that the original has, including Follow mode, which allows for loose following of subjects, Tilt locked mode, which is great for walking and talking, and FPV mode ideal, which is for better dynamic motion track better and quicker autofocus, are here at your disposal.

Compared to shooting video on the original DJI Osmo Pocket, the new version certainly shines across all departments. With a wider lens and larger sensor, the video quality is great even when lighting conditions are not ideal. The following videos are examples to show how they fare against each other.

Simply put, no matter the situation, the DJI Pocket 2 is certainly able to deliver stable, smooth footage no matter the amount of action.

One distinct difference is the improved audio quality as well. Now, the DJI Pocket 2 has four mics positioned at the front towards the subject, on both sides, and facing the user. Thanks to the SoundTrack feature, it is now able to more accurately detect and record audio according to the direction of the camera, and is far superior to the two mics in the original.

The DJI Pocket 2 continues to do well when it comes to grabbing objects by relying on its autofocus. Employing phase-detect autofocus and contrast-detect autofocus, the device has little issues keeping items nice and sharp within the frame. In addition, the DJI Pocket 2 can now record in HDR video, so colours are more vibrant. Sadly, deploying this mode changes the field of view back to that of the original Pocket. Thus the mode fares better if the user is not using HDR video for vlogging.

So what can prevent you from picking this one? Well, how about an early lack of support for the previous version? Since the release of the Pocket 2, the original device has not seen many upgrades, including SoundTrack, which could alleviate some of the sound issues faced by original Pocket owners. So if you’re looking to invest into a DJI product, the company’s track record when supporting older hardware is definitely a cause for concern, so what happens when the new ones come out in record time?.

As an existing DJI Osmo Pocket owner, the upgraded Pocket 2 has everything content creators would want in an upgraded device. Sadly, it doesn’t pay to be an early adopter but if you’re looking for a compact device that remains simple to operate and discrete to use, the DJI Pocket 2 is a must-buy for content creators and vloggers.

Sometimes it pays to be slower to adopt tech considering the DJI Pocket 2 has huge upgrades over its predecessor. Product support is a concern but its affordable price does soften the blow. 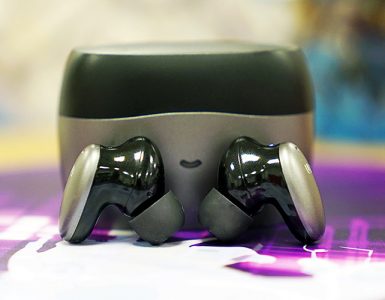