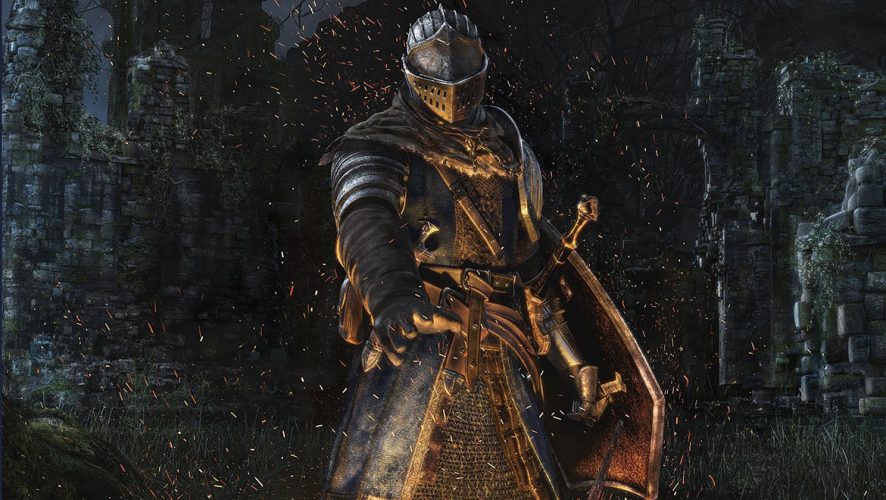 It’s been a month or so since FromSoftware’s notoriously hard medieval title Dark Souls Remastered was released, and I still remember the embarrassment, disbelief, and frustration of my defeat by the Bell Gargoyle with just one hit (yes, without an ‘S’, because I stupidly forgot to heal beforehand).

Actually, scratch that. Back in 2012, a year or so after the original game was first launched, I managed to reach the end, but it took a ton of patience, trial-and-error, and luck. It was 170+ hours of time that I could never gain back, and considering how it was the Prepare to Die PC edition, memories of succumbing to every boss made for an even more painful reminder. It was, however, an undeniably good time, all the more worth it for that sweet taste of victory. 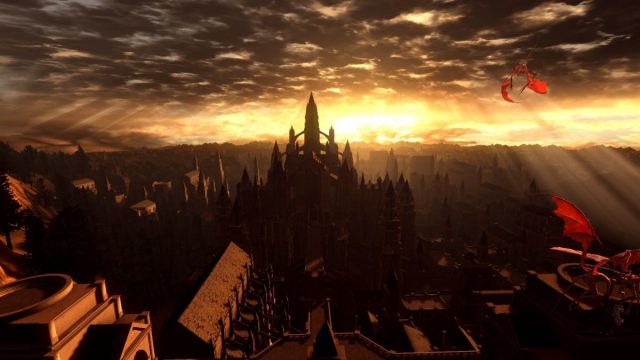 So when the chance to revisit the world of Lordan arrived in the form of Dark Souls Remastered, I was a little apprehensive to take up the challenge once again – as the gaming landscape has evolved over time to include faster-paced, equally story-rich titles. Once I slowly got back into the groove of things, though, it was clear why the original title remained one of the most well-touted fan-favourites in the community – the thrill of executing parries at the perfect time window, the immense sense of gratification of surmounting challenges, colourful characters, the impressive effort put into world-building, and the deep, rich lore that houses them all. The remastered version comes with all of these, and then some. 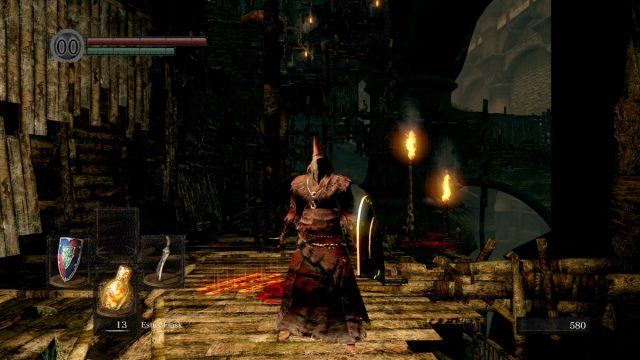 Instead of choppy frame rates and awkward gameplay, the newer installment sports slicker, more fluid flow, with consistently higher frame rates that are most evidently seen in Blighttown. Clocking in 1080p at 60fps on the PS4, it’s a far cry from the original, which ran at 720p and had intermittent frame rate performance issues. Everything is sharper and buttery smooth, a noticeable improvement even during our first trial run of the game, so much so that it may take older fans a while to get accustomed to it.

In a way, it makes the game easier – by only a slight margin, of course, since this is Dark Souls we’re talking about – for veterans should know how a difference in frame rate can easily lead to a life-or-death battle, especially for this unforgiving title here. Blighttown’s wood mill elevators, for example, are finally, finally more manageable, and taking down the Chaos Witch did indeed feel easier. 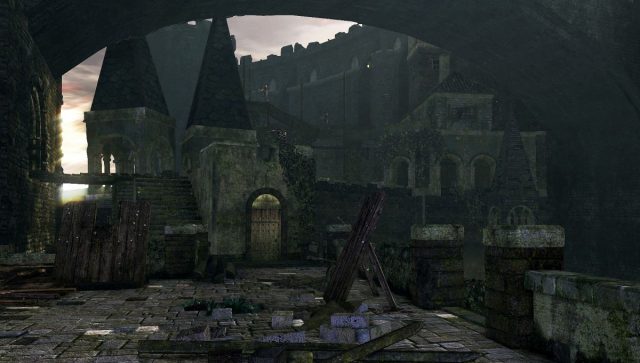 In certain instances, however, a dip in performance can be detected. Big explosions or fire effects might lead to minor drops in the frame rate, while places like Sen’s Fortress still appeared a little patchy. Other locations like Undead Burg, though? Beautiful in comparison. 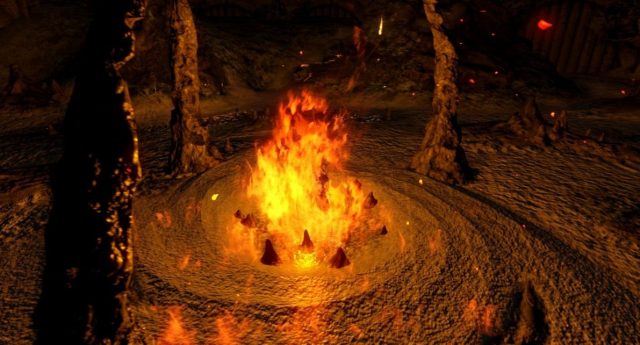 Attention is in the details, and Dark Souls Remastered stays true to this. Building upon its improved frame rate, it also boasts some slight, well-appreciated touch-ups, such as brighter Bonfire flames, detailed smoke particles, and more well-lit corners. Beyond that are other minor improvements that aren’t quite exactly game-changing, but no less important: higher-res text and item images, a scaled-down menu for a wider field of vision, and perhaps the most significant of them all, the changing of factions at covenants instead of hunting down a particular individual. There’s also a Bonfire added next to Vamos the Blacksmith, granting players greater convenience to Chaos weapons. 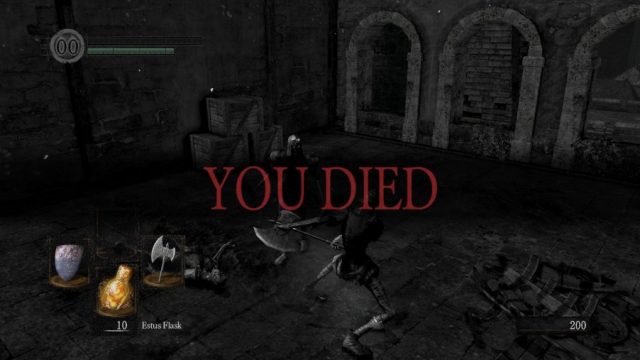 Make no mistake, however. For all the enhancement to its visuals, Dark Souls Remastered, as mentioned earlier, is essentially and fundamentally the same Dark Souls that we’ve come to know – where solo play is concerned, at least. Enemy types and spawns, item locations, area perils, and the HUD remain entirely the same, which means you can fall victim to the frustrating health-sapping lava lakes or the bottomless pits in the catacombs just as easily if caution isn’t applied. On the flip side, that also serves as a reminder for old-timers to get their guard up and prepare their strikes, or conjure a plan should the situation calls for it before proceeding.

Even the ridiculous ragdoll physics in the original game is retained, allowing for some extremely amusing gameplay moments. Slain rats can be kicked around, only to cling onto the player character’s waist and bobs as the latter runs, while the undead glitch through solid walls. These instances happen very often, and come as a viable source of entertainment among the bleak, slow world of Lordran. 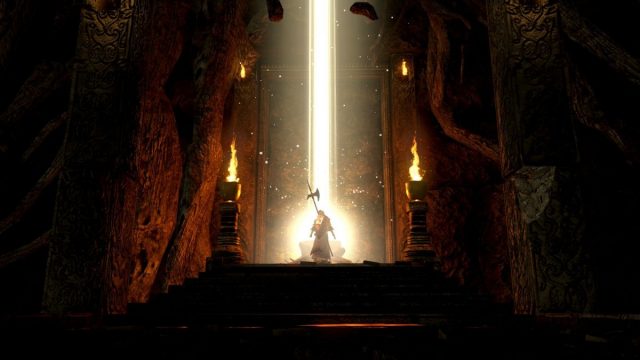 But it’s perhaps this embracing of its imperfections that makes Dark Souls Remastered such a beauty. The team understands the importance of accepting flaws from its original counterpart, but gives consideration to polishing up other slight annoyances as well, and keeping true to the core of what makes up Dark Souls. That makes it perfect for new players to experience the game, and for returning veterans to test their mettle once again. 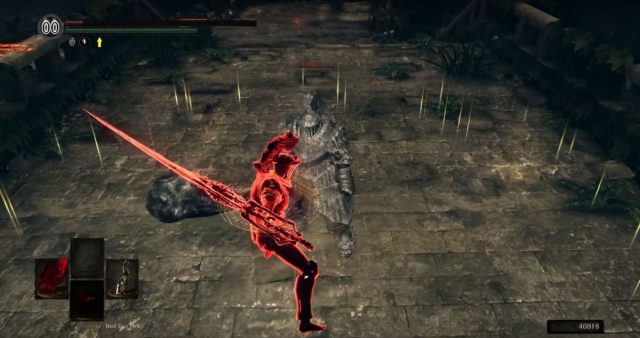 Multiplayer-wise, arena battles have upgraded to include a maximum of six players, as opposed to four-member cap in the past. Bringing forward the game mechanics from other Souls games sees dedicated servers and private matches being added, with more balanced out and fair matches in tow, alongside the increased ease in getting matched up with friends. Barring the Estus Flask, of which its holding capacity has been reduced by half for phantoms, healing items are no longer available during PvP, although the Flask will be restored once an invading phantom is defeated. Ah, the sweet taste of victory and revenge, indeed. 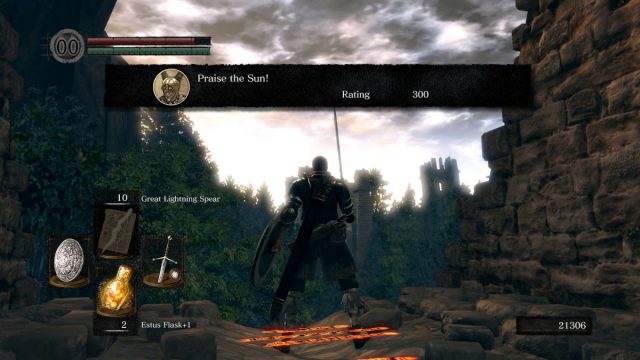 Stripped down to its core, Dark Souls Remastered does a great job of bringing over the brutal but fair essence of the source material, with a few slight flaws to boot. There may be plenty of Souls-like titles out there on the market, but there’s just this charm about Dark Souls that keeps hooking in the veteran players like moths attracted to flame – though the remastered version is certainly more of a bonus than a must-buy for them. As for the newcomers? Well, we’re always waiting for a new generation of undead warriors to ring the Bells of Awakening and head on their merry, unforgiving journey. The time is now.

Dark Souls Remastered is exactly how good ol’ Dark Souls is, but now all decked out in all its enhanced visual glory. It’s the perfect welcome for old fans, and the best way to experience the unforgiving world of Lordran for newer players. Oh, and you’ll still die.