Get your kicks on route 66, for Pixar is pulling Lightning McQueen (Owen Wilson) and Sir Tow Mater (Larry the Cable Guy) out of the garage after five years in the latest Disney+ series, Cars on the Road!

A nine-episode series that takes lead characters McQueen and Mater on a road trip away from the comforts of Radiator Springs, the show sees the pair partake in various fun activities, get into silly antics, bicker and make up, and learn more about each other over an average runtime of eight minutes per episode. It also marks the duo’s glorious return to form, after they were first introduced in the 2006 animated film, Cars, where hotshot race car Lightning McQueen finds himself stranded in a fictional town in Arizona called Radiator Springs. There, he learns lessons about humility and becomes unlikely friends with a not-so-flashy tow truck called Sir Tow Mater. The two are night and day but it is exactly their differences that bring them together.

Their friendship gets tested in Cars 2 (2011), the spy-adventure sore thumb of the Cars franchise, and Cars 3 (2017), with Mater and their friendship taking the back seat as McQueen trains a young up-and-coming racecar called Cruz Ramirez for the most part of the movie. So, if you’ve been missing seeing the best friends cruise into the sunset together, Cars on the Road has plenty of that – and then some.

See, the previous Cars movies are all set in fixed locations: Radiator Springs in the first, Tokyo in the second and Florida in the third. With McQueen and Mater constantly on the move here, each episode ends up feeling like a short and condensed movie that falls into a genre of its own. A horror episode, for instance, takes inspiration from The Shining, while a sci-fi episode finds its roots in Jurassic Park. There is also a musical episode, so viewers are treated to a variety of short stories and genres in this series.

Unlike recent movie franchises and characters that have received animated short series of their own, such as Baymax! and I am Groot, the episodes in Cars on the Road are connected to each other, which means you can’t skip an episode and will have to watch them in order. Elements in previous episodes are often brought up later down the road, up until McQueen and Mater reach their final destination in the final episode.

Of the nine episodes, the fourth and seventh are personal favourites. Episode four introduces a new character named Ivy, voiced by comedian Quinta Brunson, into the franchise, and puts McQueen and Mater on a hunt for Big Foot in a campground frequented by Big Foot fanatics. Meanwhile, the seventh episode sees the crew taking on acting gigs for a movie production just for the fun of it, and in both of these instances, we see the characters do something out of the ordinary while extending their interaction beyond each other.

Brunson’s Ivy is an interesting parallel to McQueen. Like the speedster, the monster truck used to be a popular hotshot, but has stayed humble and introspective over the years. In Cars on the Road, she teaches McQueen to be brave, and is a character that children can look up to with her unapologetic and authentic personality. The series also brings back a character that many may recognise if they caught the movies.

That said, you don’t necessarily have to watch all three Cars movies to understand and enjoy Cars on the Road. While there are a few references to characters and events in the film series, viewers won’t be lost or lose much of the plot if they didn’t catch all or any of the Cars movies.

As a series skewed towards younger audiences, there are plenty of important lessons present in Cars on the Road. Aside from lessons around friendship – a natural course of events when you put McQueen and Mater together – there is a lot of emphasis on embracing one’s true self, the spirit of spontaneity and the desire to seek knowledge even when you’re having fun.

That doesn’t mean the show isn’t an enjoyable watch for grown-ups, however. With light-hearted, family-friendly humour, smart writing, and intelligent jokes, Cars on the Road is more than capable of cracking an adult up, especially since it pokes fun at the personification of an automobile, which forms the very basis of the entire franchise.

Case in point: at one point in the series, a terrified McQueen tries to run away from a ghost, but because he’s a car stuck in a hotel corridor, he spends a good couple of minutes struggling to perform a three-point turn before speeding for his life. It’s the little things McQueen and Mater do that bring a human touch to the comedic element, with the multiple references to pop culture – be it to an iconic movie scene or a TikTok trend that older viewers will definitely be able to pick up on – only adding to the relatability factor.

All in all, Cars on the Road is an entertaining and enjoyable short series that can be easily finished in one sitting. Despite being made for younger audiences, the show is likely to appeal to older folks who grew up watching the Cars movies. You know what they say – nostalgia always wins, so pack your bags, for we’re going on a fun, laughter-inducing road trip with one of the most iconic vehicular duos of all time!

Cars on the Road premieres on 8 September on Disney+.

Pack your bags! We’re going on a road trip with Lightning McQueen and Sir Tow Mater in this adventure-packed short series full of funny antics and friendship lessons. 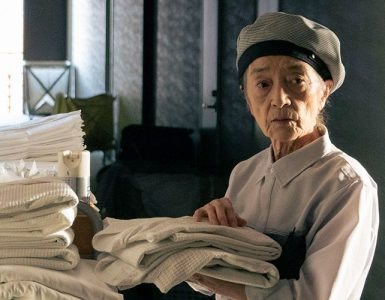 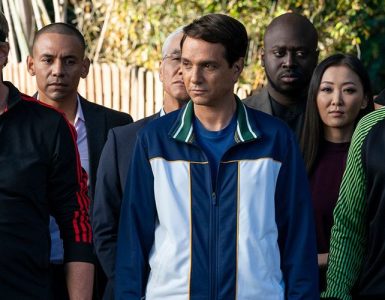