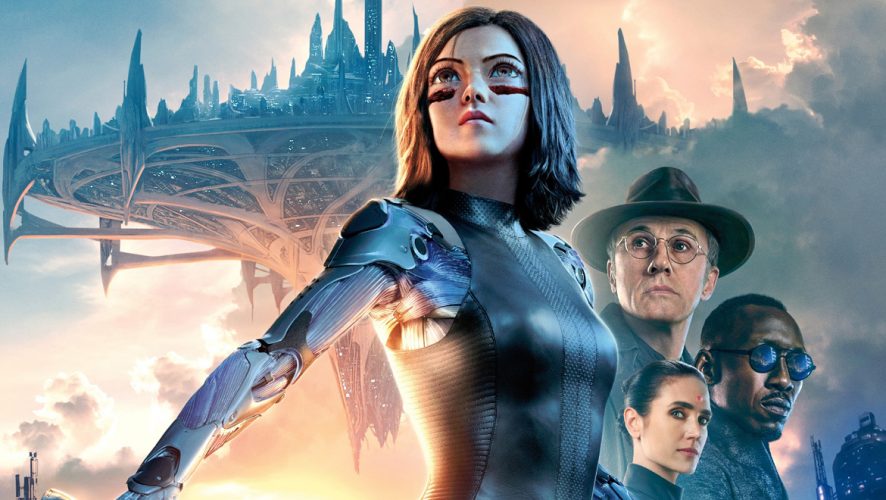 The last time Hollywood tried to adapt a manga series with a female lead, the merits of that attempt were marred by questionable casting and storytelling. This time, director Robert Rodriguez, along with producer James Cameron, have focused solely on the story and action, bringing Battle Angel Alita aka Gunnm to the masses, and producing what is currently the best Hollywood manga adaptation to the big screen.

It follows the story of the titular Alita, an amnesiac cyborg with uncanny combat abilities on a personal agenda to find out about who, or what, she truly is. 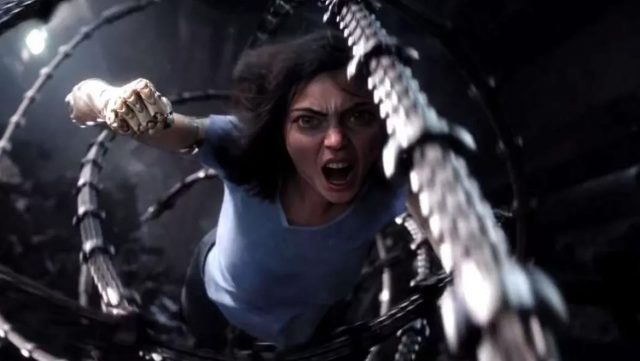 It’s a story that blends scintillating visuals with adrenaline-pumping action, topped with a touch of teenage drama. With his track record, Rodriguez (Sin City, the Spy Kids franchise, The Adventures of Sharkboy and Lavagirl 3-D) is not the first choice many would pick to deliver on all those aspects, and do justice to Yukito Kishiro’s cult hit manga, but the result is an engrossing tale that doesn’t try to squeeze in an entire series into a two-hour film.

Set in the 26th century, some three centuries after a cataclysmic event called “the Fall” that saw war ravage the planet, multiple sky cities fell, leaving just one – Zalem still floating. The actual story takes place in Iron City, the ground-based city situated directly below the gargantuan Zalem. Alita (Rosa Salazar) is found amongst the rubble of a scrapyard by Dr. Dyson Ido (Christoph Waltz), who then nurses her back to health and refits her damaged but still functioning core into a new cybernetic body.

From there, Alita takes baby steps into figuring out who she is, as she goes through daily experiences in Iron City, more notably by forming a fast friendship with grease monkey Hugo (Keean Johnson). She unlocks more memories as she encounters some of the nasty nocturnal cyborgs, offering glimpses of her true self as a bona fide warrior. And cue the potential love story with Hugo, but no one said Rodriguez was subtle. 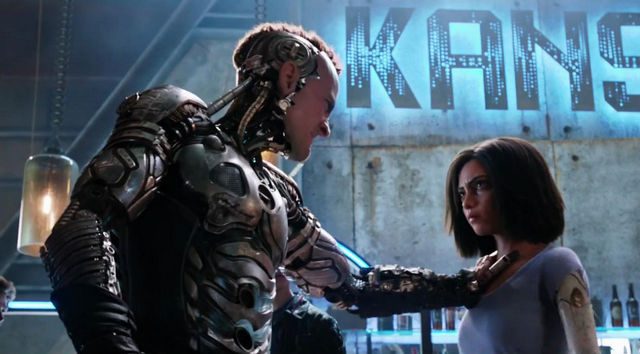 Alita: Battle Angel starts off with a lot of promise. Some elements, like the romance, are cliched but other parts hold promise. At first, you’re left groping in the dark, wondering what happened to Alita, and why is she suddenly able to rip an arm off an enemy cyborg like it was a strawberry. Soon, you’re fed with enough information to go about knowing that Alita was once part of something that she longs to be in her subconscious, and thus sparks an inner debate of her wanting to have a new lease on life as a normal person playing motorball, or go back to her warlike ways.

Early on, Alita (as well as you) is introduced to Motorball, the main sport enjoyed by everyone in Iron City. Her struggle to learn the sport mirrors her struggle to regain her memories, and she eventually gets better at both. It is also through motorball that we learn about her opposition: the guys in charge of professional motorball itself, Vector (Mahershala Ali), assisted by Ido’s ex-partner, Dr. Chiren (Jennifer Connelly). Once Alita learns more of who she used to be, she is simultaneously met with increasing amounts of danger as Vector and Chiren send their cyborg henchmen to destroy her and salvage her parts.

The unfolding of Alita’s story isn’t imaginative in anyway, but then again, the manga series stretched plot elements out for as long as it could. Halfway through the movie, you will realise that the movie has to big bad to defeat, and the third act serves as a uneven conclusion to the movie, and an even bumpier attempt in leaving dangling plot threads clearly meant for a sequel or two. 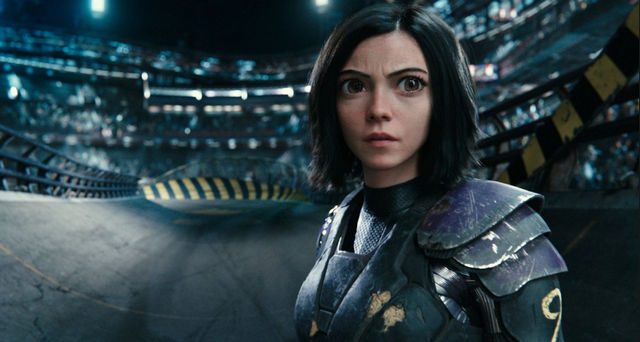 Rosa Salazar (Bird Box, Maze Runner) puts on an upbeat and energetic performance as Alita, with her wide-eyed (pun intended) expressions – aided by motion capture and CGI – enhance her almost ethereal, doll-like appearance. However, her performance, while believable for the most part, falters due to her being on motion capture. The decision to make Alita the only character done by motion capture is both a unique and bizarre one, as she literally stands out among her fellow cast members, sometimes looking out of place, despite the post-production team’s skill.

Her supporting cast does liven up the party, but only to some extent. Christoph Waltz (Django Unchained, Inglorious Basterds) makes for a great father figure-cum-cyborg bounty hunter in Ido, being both warmly kind and coldly stern simultaneously – a quality most underrated in such a role. Keean Johnson (Guidance, Nashville) provides a lot of youthful energy as Hugo, and plays off with Salazar’s quite well at times but as a token love interest, his appeal only surfaces in the final act and even then, he’s dropped off rather unceremoniously to even register as anything more than a distraction.

The biggest disappointment here is Ali’s Vector, who is never given much to do with the little that he has. Every time he appears, there is an expectation of some massive showdown, either with Ido or Chiren, but it never materialises. Connelly’s Chiren is also massively underused, and if they were placed in the film merely as potentials for growth in sequels, it doesn’t do viewers or the movie any justice. The same goes for the set-up for potential sequels – a rather unsatisfying conclusion here spells set-up, without investing too much. 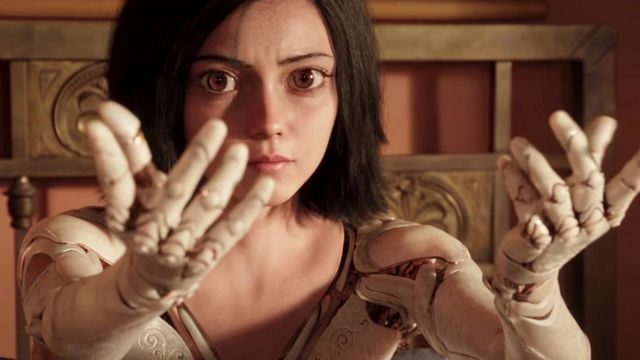 Character beats aside, the world that Kishiro built has been faithfully adapted by Rodriguez, who is also a fan of stunning visual backdrops of cyberpunk/sci-fi settings himself. The gritty, rain-soaked lower reaches of Iron City evoke a noir-esque vibe, with its cramped streets and numerous alleyways that form the veins of the battle-scarred metropolis. Rodriguez really loves his rainy streets, as you’d notice in the likes of Sin City, and he uses it to great effect.

You’ll have to agree somewhat that Alita’s visuals are its strongest suit. With a modest (considered so in this era) budget of US$200 million, the post-production and production teams combined to great effect, pulling off an excellent show of visual force as Alita dances with her cyborg foes in high-speed close-quarter combat. You’ll find yourself wide-eyed in awe as you see metallic bodies fly across the screen

In this era of gender equality and female empowerment, a host of breathtaking, ball-busting, powerful films have surfaced, even for the likes of Hollywood, which was once a bastion for all things masculine and chivalrous. Audiences have been blessed with the likes of Wonder Woman and Jessica Jones, and Alita can join this list.

Alita deserves credit its faithfulness to the source material, and for establishing a world-building that makes it easy for audiences to get into. Next up is tighter storytelling, and second chance at revisiting Iron City.