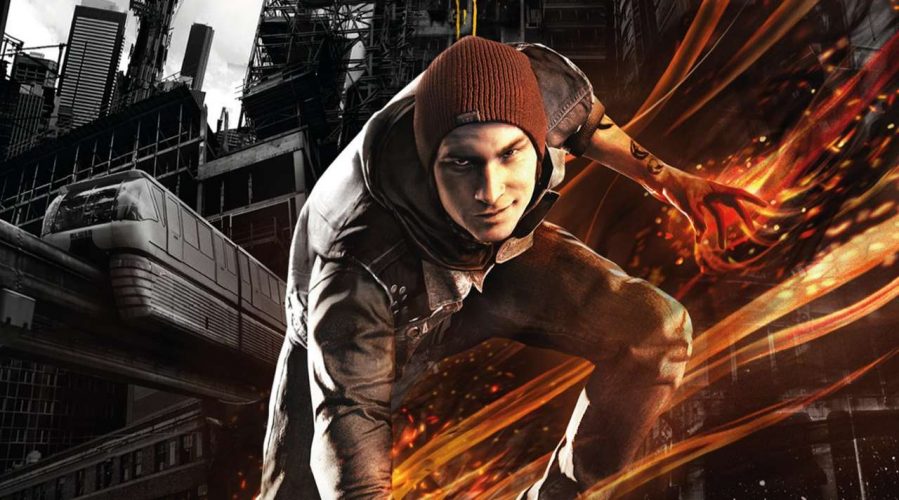 The first two Infamous games were among the best exclusives to hit the PlayStation 3, and Sucker Punch looks to continue their success on the PS4 with the next installment in the franchise, aptly named Infamous: Second Son. Geek Culture was invited to a hands-on session with the game recently, and if what we’ve seen is any indication, this new title should make fans of the series very happy indeed.

The story in Infamous: Second Son picks up seven years after the ending of Infamous 2. In the aftermath of the events brought about in the previous game, the Department of Unified Protection (D.U.P) has become an omnipresent shadow, with agents lurking around every corner ready to close in on people like Delsin Rowe, our brand new protagonist.

Much like previous franchise star Cole McGrath, Delsin is a super-powered “conduit” with the ability to manipulate environmental elements. In an interesting departure from the previous games, Delsin is no longer limited to merely a single power.

In the preview build we got to play, Delsin had access to neon- and smoke-based powers, and could freely switch between them by absorbing the corresponding element from various “power sources”, such as chimneys, burning cars, and neon-signs.

Instead of a fictional version of New Orleans, the game now takes place in Seattle, which happens to be where Sucker Punch HQ is located. All the things you know and love about Infamous when it comes to traversal are intact, and even improved. Delsin is able to glide across rooftops and clamber up building facades effortlessly. The current active power also puts a different spin on things; for example, Delsin can turn himself into a puff of smoke and travel through ventilation shafts in the blink of an eye.

We didn’t have much of an opportunity to explore during the preview, as we were busy playing through the 2 possible paths of the mission that was available to us. Morality, as always, is at the heart of Infamous: Second Son.

Almost immediately upon encountering a female conduit known as “Fetch”, the player must choose between taking the moral high ground by reforming her, or bring her along as an accomplice on a murderous rampage. Both paths are equally satisfying, with numerous targets consisting of innocent civilians and D.U.P footsoldiers, to use your powers and abilities on.

On powers: Neon-based powers are non-lethal and blasting your enemies with a flash of colored light will stun and incapacitate without killing them, while smoke-based powers allow the player to leave behind a bloody trail of death and destruction in Delsin’s wake.

Melee attacks can also be powered up accordingly, and swinging a glowing neon blade around like a lightsaber never gets old. While the connection between the choice of powers and morality is clear, the game does not place any restrictions on the player, though that remains to be seen in the final game.

Overall, we came away relatively impressed with what we’ve seen. The game looks amazing and plays pretty well, and we’ll be getting our hands on it very soon. Stay tuned to Geek Culture for our review!

Infamous: Second Son will be released on 21st March 2014.

Sticking to their word.