With the launch of World of Warcraft: Shadowlands nigh upon us, it’s only natural for players to look back at what the MMORPG juggernaut has accomplished in the last 16 years.

The game’s upcoming eighth expansion serves as not only a new venture for current longtime players, but also updates to its leveling system as a call to arms for new players, as well as older players who have long-abandoned it in expansions past, so that anyone can jump into Azeroth with fresh eyes. But with nearly two decades’ worth of content already put out by Blizzard, it’s only natural for newcomers to feel daunted by the sheer breadth of stories out there, and thus making it fair to assume that WoW may not be as accessible as it was when it first came out 16 years ago.

But for the developers at Blizzard, looking back at what the franchise has achieved is part of moving forward, so that anyone who is looking to return to WoW will be wowed once more with that magical first-time feeling, without feeling too overwhelmed.

“We look at new expansions as an opportunity for new players to jump in and feel like they can engage with and not feel like if they’re many, many years behind. World of Warcraft has been around for a while, but we also don’t want to build a wall so high that you feel like you have years of engagement to be able to catch up,” Morgan Day, Expert Game Designer at Blizzard tells Geek Culture.

How does one do such a thing? For starters, in Shadowlands, the level cap has been reduced from 120 down to 60, with a boosted experience gain rate so players won’t have to spend too long leveling up just to access the current endgame content.

Additionally, players will have the option of starting their fresh level 1 character in the new starting zone, Exile’s Reach. The new area serves as a jumping-on point for players to get more acquainted with not just the overarching narrative of WoW, but also the basics of playing the game itself. In a sense, it is a one-stop shop for new players, and returning ones, to get up to speed with WoW’s mechanics. Day explains that the end of this new area is capped off with a new dungeon in which players can choose to queue with other players, or complete solo with AI versions of NPCs, in case they prefer to do things by themselves.

“In terms of developing that experience with new features or technology, we very much put a large amount of focus on truly new players. What if this is someone who’s never played a PC game before? Can we teach them how to move around the game world and interact with NPCs and fight creatures?” Day says.

“And it wouldn’t feel like a WoW experience at the end of that part of the story if there wasn’t a big bad up in the scary castle. So [for dungeons] we were concerned if players couldn’t progress in the story if they didn’t complete the dungeon. So we actually created NPC characters that will progress through the dungeon with you and might even fill some roles for you. We were trying to make sure that no matter who you were, you could complete the dungeon with other players. But also, you could also do it by yourself if there weren’t people around.”

And then what of catching up to WoW’s massive story? While it would be worth delving into the stories of every expansion up until Battle for Azeroth, the developers argue that the entire WoW narrative can be condensed into BFA, leading up to Shadowlands. So after getting from levels 1 – 10 in Exile’s Reach or the other classic starting zones, players will have to play through one of the previous seven expansions in full until they hit level 50, after which they can start Shadowlands proper. It’s a relatively streamlined process that lets players, both new and old, get caught up in World of Warcraft’s story at a comfortable pace.

While previous expansions in WoW were predominantly based on lore built up by previous games and books, Shadowlands stands on the unique pedestal of having been built mainly from the ground-up. What exactly does Azeroth’s afterlife look like? What beings preside there and what does WoW’s version of purgatory, heaven and hell look like?

John Hight, Executive Producer for World of Warcraft at Blizzard, explains that all these things have been through a series of brainstorming sessions, imagined from virtually nothing, so the team basically had to create an entirely new world, which was a “fun and intimidating” new experience for Blizzard.

“Probably the most challenging thing was that there was nothing for us to really look to from the past to tell us what the Shadowlands was,” he says. “So it was both fun and intimidating in a way to have to create the Covenants, the way the Shadowlands works and functions, and describing the afterlife itself. We would get into conversations about what happens if you die in the Shadowlands — you’re already dead!. So there are all these logical problems about [the Shadowlands], but we decided not to overcomplicate things as players are used to logic issues [in games like WoW].”

“After all, [player characters] have already broken some afterlife rules by being able to get in there and move freely from The Maw to other parts of the Shadowlands in the first place. We certainly had a lot of interesting logic conversations before we settled on what the rules are behind the Shadowlands and how it works.”

Despite the Shadowlands being a completely new area with all-new characters and enemies, the upcoming expansion won’t be without the return of some familiar faces. Previously, we’d already learnt that several fan-favourite characters from older expansions, and even older Warcraft games, such as Uther Lightbringer and Kael’Thas Sunstrider, will be making their appearance in Shadowlands — something that will no doubt leave many longtime Warcraft fans longing for some closure or the expansion of certain past storylines.

That said, while these characters are great easter eggs and nods to Warcraft’s rich and extensive history, the developers are of the mind that they are mainly there to serve as supporting elements to the main story of Shadowlands. As Game Director Ion “Watcher” Hazzikostas previously stated, bringing some of these characters back to life “cheapens the permanence of death.”

“One of the most exciting parts of developing Shadowlands is it’s both exciting and something that we need to be careful about, because there’s a lot of really awesome stories that we feel like we were able to tell them World of Warcraft that had a really satisfying ending. And while it might be tempting to kind of pick up some threads of your old favorite characters, often it’s best to just say ‘hey, that was a complete story, let’s leave that one be’. But there are, for sure, a lot of really exciting characters that we’ll get to meet again within the Shadowlands,” says Day.

“There’s at least one famous character that you cried about when they died and hopefully you’re going to cry again when you see what happens with them in Ardenweald and the Night Fae,” Hight adds coyly.

If you haven’t caught on already, Shadowlands aims to straddle the balance between life and death from a thematic standpoint, but also that of old and new from a design perspective. A lot of features have not just been taken from community feedback, but also from the larger gaming industry.

From the new leveling system and Exile’s Reach area, to the Covenant putting the Horde-Alliance conflict on hold as players strive to restore the balance in the afterlife, it is clear that the dev team has been taking a lot of notes and putting their listening skills to practice in this new installment. Ultimately, the team believes that the stories from this expansion, as well as all previous and future ones, are part of what makes WoW so unique, and has longevity in many more years to come.

“We see the style in the stories that we tell in World of Warcraft to be timeless,” says Hight. “And we all think of our jobs as being caretakers of the universe that we came to love when we were younger, and our kids and maybe someday our grandkids will also love it and appreciate it. And we fully anticipate that WoW will be here long after we’re gone.” 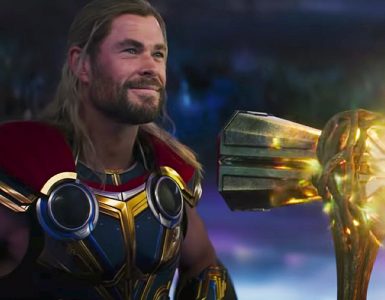 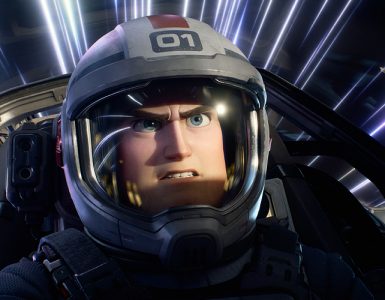