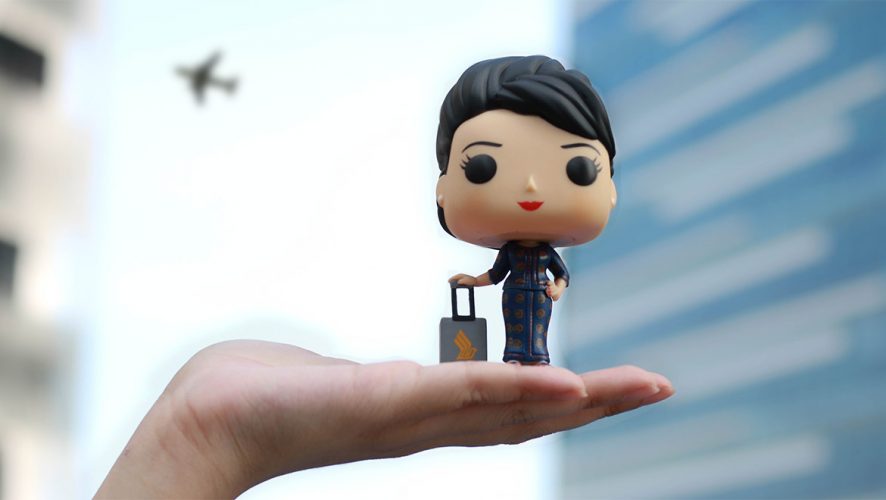 Get ready to put your seat upright and secure your tray tables, because it’s none other than Singapore Airlines’ very own Singapore Girl! 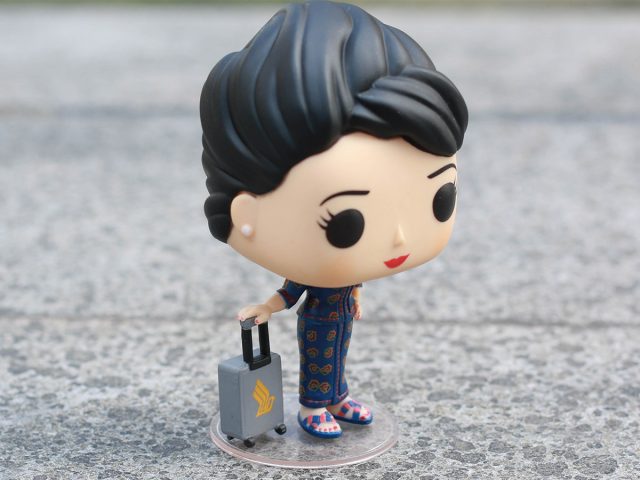 Decked out in her iconic blue sarong kebaya, the 11.5cm figurine strikes a pose with one hand on her hip, while another holds a small silver suitcase emblazoned with the Singapore Airlines logo. The kebaya uniform was designed for the airline by Parisian couturier, Pierre Balmain, and inspired by the traditional Nyonya costume. 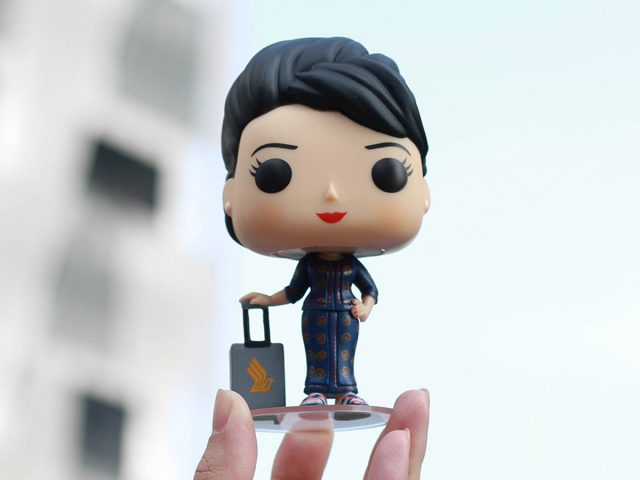 Unlike most Funko figures, this one comes with a clear round base that attaches to the bottom of the figurine. The Singapore Girl can now be displayed steadily, standing tall and proud, with no fear of tipping over due to the figure’s oversized head.

This isn’t the first time that a Singaporean icon has made it into the Funko lineup. Back in 2016, Simply Toys and Funko teamed up to create the Merlion, the instantly recognizable lion-headed fish mascot that personifies Singapore. And if you’re wondering if the Singapore Girl in red or green will make an appearance, we urge you to watch this space. 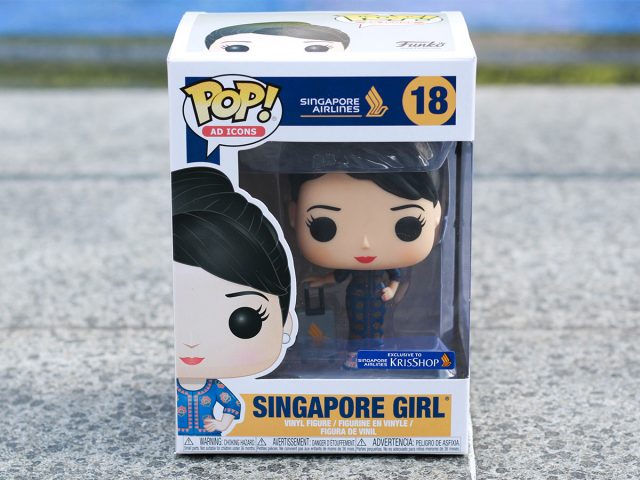 What’s the catch? Well, there is none, except for the teeny tiny fact that it will not be sold in any toy store. The Singapore Girl Funko is available exclusively at the Singapore Airlines KrisShop.

If you’re interested in getting one as a souvenir, or want to add this distinctive icon to your Funko collection, it is retailing at S$29, and can currently be purchased on board all Singapore Airlines flights, as well as online from March 1, 2018 onwards at the KrisShop for home delivery, or for in-flight collection during your upcoming flight.

What a great way to fly!