After hours of teasing courtesy of a creepy live stream on Twitch, Hideo Kojima has finally revealed more details about his next game, Death Stranding, which will be launching on the PlayStation 4 on November 8, 2019.

Aside from the reveal of Death Stranding’s release date, the trailer released also showcased the full cast of characters that will be present in the game. The game centres around The Walking Dead star Norman Reedus as Sam, a man trying to reconnect a fragmented world. Joining him are a number of well-established actors, and even movie directors.

Aside from Reedus, the other cast confirmed to be appearing in the game includes James Bond actress Lea Seydoux as Fragile, Hannibal’s Mads Mikkelsen as Cliff, The Leftovers actress Margaret Qualley plays Mama while the voice behind Sam Drake in Uncharted 4, Troy Baker will be voicing Higgs.

It’s not just renowned actors and actresses that will be featured in the game. Academy Award-winning movie director Guillermo del Toro and Nicolas Winding Refn, who directed Ryan Gosling’s Only God Forgives, have been credited as making a ‘special appearance’ in Death Stranding. They play the characters Deadman and Heartman respectively.

In a post on the PlayStation blog, Hideo Kojima offered a deeper insight into his very first game released following his split from Konami.

People have created “Walls” and become accustomed to living in isolation.

Death Stranding is a completely new type of action game, where the goal of the player is to reconnect isolated cities and a fragmented society. It is created so that all elements, including the story and gameplay, are bound together by the theme of the “Strand” or connection. As Sam Porter Bridges, you will attempt to bridge the divides in society, and in doing create new bonds or “Strands” with other players around the globe. Through your experience playing the game, I hope you’ll come to understand the true importance of forging connections with others.

Death Stranding was first announced back during Sony’s press conference at E3 2016. Not much news has been heard about the game since, till May 29 when Kojima dropped the release date trailer.

The trailer offers a few more glimpses into the story of the game as well as the gameplay, as we see Sam traversing around with his aim of rebuilding society, whilst going toe to toe with people in hazmat suits, and sneaking around to avoid being caught by inky, ghostly creatures in forests.

Close to the end of the trailer, we see Mikkelsen’s Cliff, accompanied by a small team of undead soldiers, walking through a field of oil before setting it ablaze.

It still makes little sense but then again, this is Death Stranding after all.

You can now pre-order both the Standard Digital Edition (S$79.90) and Digital Deluxe Edition (S$108.90) of Death Stranding at the PlayStation Store. 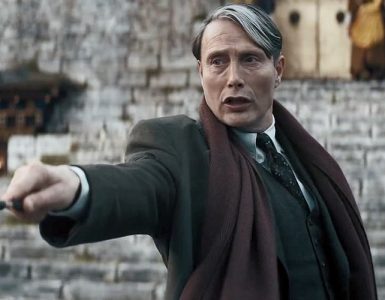 What do fans think of this new Grindelwald?