Following the announcement of one Ruby Rose donning the cape and mask of Batwoman, we now have a clearer look at her version of Kate Kane, who will be debuting during December’s crossover event on the CW network, Elseworlds, which will bring the cast of Arrow, The Flash, and Supergirl once again. 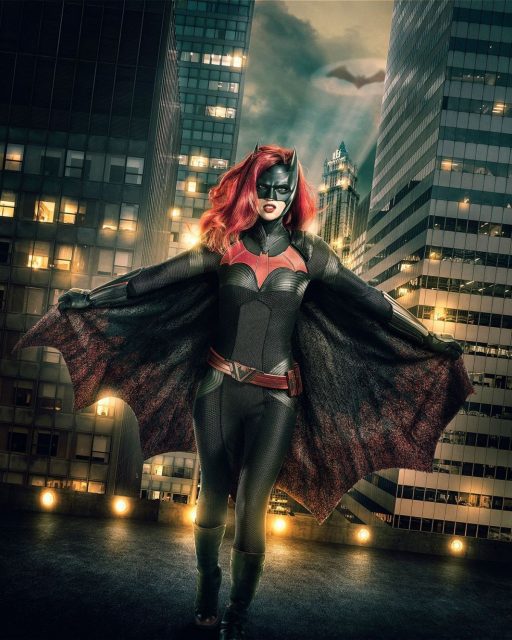 Green Arrow, The Flash, and Supergirl will all be headed to Gotham City, where they will be teaming up with Rose’s Batwoman after some scientific shenanigans go down at Arkham Asylum, which sends alarm bells ringing throughout the multiverse.

With the other CW show, DC’s Legends of Tomorrow not part of the crossover, we also learned that a pilot for Batowman is currently in development.

Batwoman’s costume was designed and put together by four-time Academy Award winner Colleen Atwood, who was also responsible for the threads of Arrow, The Flash, Supergirl, and 2001 and 2017 versions of The Tick.

“I get to be Batwoman, I feel like the reason I kept getting so emotional was because growing up watching TV I never saw someone on TV that I could identify with, let alone a superhero. I said I wouldn’t do that and I’ve always had this saying, well not me, Oscar Wilde, which is ‘be yourself because everyone else is taken’ and so I always lived by that motto and the second motto when I came into the industry was ‘be the person that you needed when you were younger’ and I feel like one motto sort of led me to the other and I just kept crying about it.”

Ruby Rose on being Batwoman.

Lois Lane, who will be played by Elizabeth Tulloch, will also be making her Arrowverse debut and Tyler Hoechlin will reprise his role as Superman for all three nights of the event.

Chapter 1 of the new DCU is titled 'Gods and Monsters'.