Every now and then, a fresh lease of life will be given to iconic classics to elicit newfound appreciation from a younger generation of viewers. Battle of the Planets, an American adaptation of the Japanese anime series Science Ninja Team Gatchaman, is one of the titles due for a reboot at Joe and Anthony Russo‘s production company AGBO, and the plan is all set in motion for development to move forward.

First unveiled at San Diego Comic-Con in 2019, the project now sees Fast & Furious 9 screenwriter Daniel Casey, who also worked on 10 Cloverfield Lane, joining the team as the leading scribe. The man will be working together with the Russo Brothers and their studio to establish the foundation of a Battle of the Planets cinematic universe.

The upcoming feature film is set to be produced in conjunction with original anime creator Tatsunoko Productions, and serve as the jump pad for concepts that can further explore and expand the franchise on a larger scale. If all pans out well, the Battle of the Planets universe is expected to create content that will span multiple forms of media.

As of now, little is known about both the feature film and the franchise, including casting, release dates, and plot details. Audiences, however, can stream the original anime on Discovery+ to kick off their journey with the G-Force, or relive the good, golden days of nostalgia. 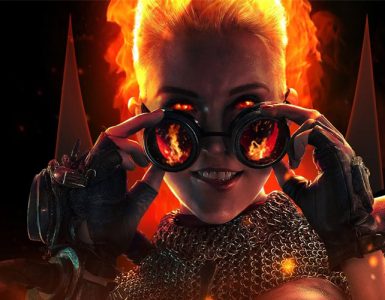 We still have high hopes for Netflix's Magic: The Gathering.