One of the best features of games of yesteryear were cheat codes, be it giving yourself unlimited lives or just giant heads, it added a different dimension to the games we were playing. Unfortunately, the creator of one of the most famous cheat codes ever has passed on.

According to a statement made on Twitter by famed composer and sound designer Yuji Takenouchi, Kazuhisa Hashimoto, the creator of the Konami Code, has left us at the age of 61.

Up, up, down, down, left, right, left, right, B, A. These commands have given gamers plenty of help and Easter Eggs since 1986. First appearing in the scrolling shoot’em up Gradius, it was created as Hashimoto felt the game was too difficult during testing when it was ported from the arcades to the Nintendo Entertainment System.

Luckily for us, Hashimoto forgot to remove the code from the build, and we got ourselves a classic cheat code that gave every power-up. This continued in Contra, where the Konami Code granted near-immortality with 30 lives.

The famed code was not just restricted to Konami-developed titles. It has been used in series like Castlevania, Metal Gear, and even Dance Dance Revolution.

The whole gaming world will mourn the passing of one of the legends of gaming, and our deepest condolences go out to his family and friends. We will always remember Kazuhisa Hashimoto every time we think of a cheat code.

Hideo Kojima’s P.T. Could Be Playable On The PlayStation 5

Don't leave Lisa behind. She's always got your back. 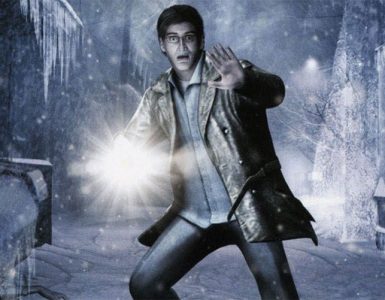 Though it is not for Konami.