Epic Games giving away free games on the Epic Games Store is nothing new. Still, it is jaw-dropping how a game is being given out for free every week, and the games are not mere shovelware, they are well-received games with many positive reviews.

The current games that are up for grabs are Prison Architect and Godfall Challenger Edition.

Prison Architect is a top-down 2D construction and management simulator where players maintain and run a for-profit prison. The game won the 2016 BAFTA award in the Persistent Game category, and is known for its emergent humour and surprisingly in-depth game system.

Also, there is the DLC, Cleared For Transfer, that is available for free. For players who want to spice things up a bit more, don’t forget to install it as well. So make sure to scroll down while adding Prison Architect to cart.

Godfall Challenger Edition is the edition of the action-RPG that allows players to jump right into the late stage of the game without having to grind their way there. This streamlined edition lets players immediately dive into the three end game modes – Lightbringer, Dreamstones, and Ascended Tower of Trials. While there is no single-player campaign in the Challenger Edition, this is a good way to enjoy the depth of the combat mechanics in the game.

Prison Architect and Godfall Challenger Edition are free from now till 17 December on the Epic Games Store. 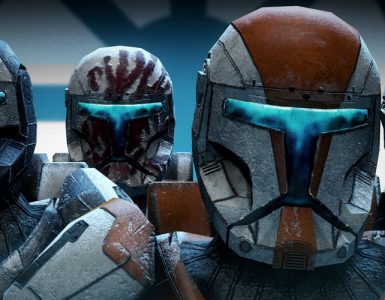