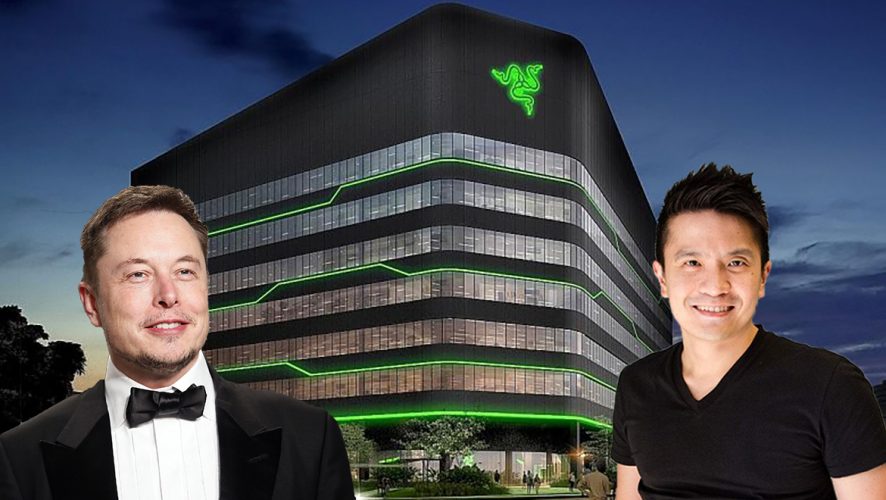 One specialises in electric cars and clean energy storage, and the other dabbles in gaming hardware – the two are as different as they come, with each painting a contrasting image.

The inarguable similarity, however, remains in both Tesla’s and Razer’s standing as well-respected industry leaders in their respective fields, having amassed a large, loyal following over the years. And now, it seems as if they are a match made under the Singapore sky.

A simple request by one of Singapore’s brightest sons, made on Twitter to one of the world’s leading technological innovator has laid the groundwork for a team-up of the World’s Finest.

Sounds great, will connect you with Tesla Energy

Which is why the possibility of a crossover between these two giant names is such big news. In a tweet addressed to Tesla CEO Elon Musk, Razer head honcho Min-Liang Tan jumped into the reply thread with a Straits Times article about the team’s new upcoming Southeast Asia HQ in Singapore, while expressing a keen interest to showcase or test a solar-slash-battery outfit.

And I'm a big fan of your work at @Tesla , clearly we both have good taste 😉

The move has elicited the attention of Musk, who seems more than enthusiastic to lend his support with the promise of connecting Min-Liang with Tesla Energy. Everything that transpired in their conversation next is highly reminiscent of a budding romance story, as each party sang praises of the other through their lighthearted, casual exchange.

At one point, Min-Liang even sent across a tongue-in-cheek winky face, which serves as evidence of their easy rapport – online, at least.

Govt has been unwelcome

In an online space where bad behaviour is often perpetuated, it is nice to see positivity making its way around, although Musk’s shift in mindset can come across as rather jarring and unexpected. What prompted the thread in the first place was when someone asked why Tesla, which is doing incredibly well in Hong Kong, is not available in Singapore.

The answer according to Musk? The Singapore Government “has been unwelcome”, which also added to his earlier assertion that electric vehicles are not supported here.

Who knows what hoops both men will have to jump through, to see a Tesla powered Razer HQ become a reality, but if anyone can bring the dreams of solar powered offices to the Republic, it is Razer CEO Tan Min-Liang.

And really, who else can he call, but the best in the business? We’re just surprised that both these giants haven’t crossed paths before. And if a cool venture into the clean energy sector does form, you read about it here first.