Battlestar Galactica fans rejoice! We’ve just received an invite this morning to the long awaited re-opening of the Battlestar Galactica: HUMAN vs CYLON roller coaster at Universal Studios Singapore, which is set to re-open on 27 May 2015.

It is said to be the world’s tallest dueling roaller coaster and now features new two-seater ride vehicles that will give each rider a more intimate and personal riding experience, enhancing the feeling of speed and thrills.

We’ll definitely be checking out the BSG merchandise store later this week too. Here’s hoping they’ve stocked up with loads of new BSG swag. So Say We All!

Want to see some photos of the attraction? Dejiki.com has you covered in PART ONE and PART TWO of his grand tour photo coverage. 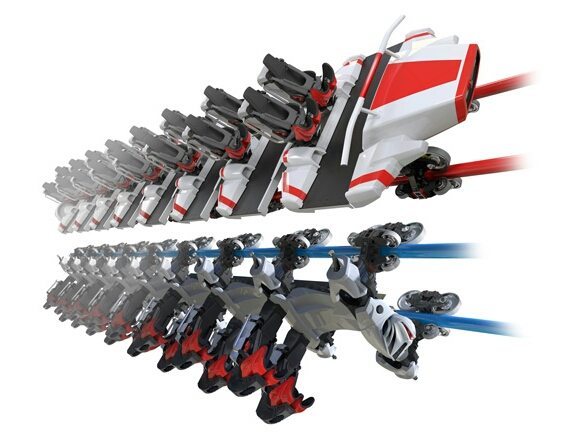 Watch the ride in action!