The Apple M2 iPad Pro (2022) is a powerhouse for creative professionals. Not only does it build on the capabilities of the M1 chip from its predecessor, it sports upgrades that further blur the line between a laptop and a tablet device. Suffice to say, this prowess also carries over to other areas of use, such as executing day-to-day tasks, watching videos, and gaming.

Indeed, the 12.9-inch Liquid Retina XDR display makes entertainment an enjoyable affair, offering a larger viewing space that better captures and displays all the finer details. Pair it with Apple’s very own M2 chipset and an octa-core CPU, and there’s your added dose of power.

Gaming, in particular, takes well to the boost. In PUBG Mobile, COD Mobile, Apex Legends, and Genshin Impact, the iPad Pro held out against the demanding rigours of these apps to deliver smooth gameplay with minimal frame rate drops and decent thermal management – despite the lack of full optimisation.

Check out the above video for a detailed breakdown of the gaming test, which involves shooting gameplay in 1080p at 100 fps, and temperature-taking before and after running a title. Do note that the graphics and frame rate settings vary across the board, since the games have yet to be fully optimised for the iPad Pro.

The M2 iPad Pro (2022) starts at S$1,699 and is currently available for purchase at Apple Store outlets or the official Apple website, as well as on Lazada, Shopee, and Amazon. Those with a leaner wallet or prefer a smaller display can opt for the 11-inch version, which starts at S$1,249. 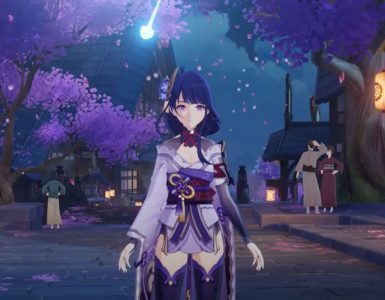