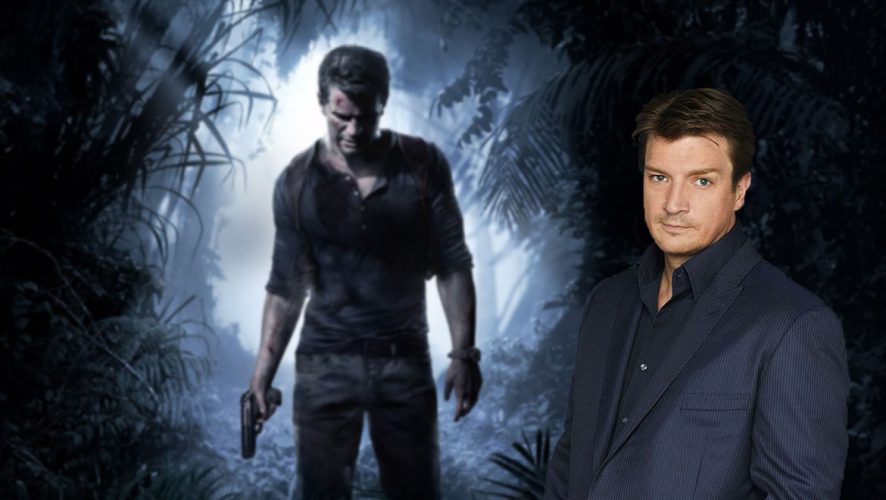 Nathan Fillion is arguably best known for his role as Captain Malcolm “Mal” Reynolds in the sci-fi television series Firefly and its film continuation Serenity, in which the line “I aim to misbehave” has grown to become one of the more iconic quotes in the history of television shows.

Now, it seems the actor may be swapping out his brown coat for the Nathan Drake’s everyman attire of jeans and T-shirt. Taking to Instagram, Fillion has posted a picture of rapper Drake, with the caption “Sic Parvis Magna” and the date of July 16, 2018, in tow, drumming up lots of excitement among both his fans and those of Playstation action-adventure masterpiece Uncharted.

The Latin phrase, which translates roughly to “so great and so small” or “thus, Greatness comes from small things”, the very same one inscribed on Drake’s in-game ring and was the motto of Sir Francis Drake, making it the most obvious clue-in to the Uncharted franchise. About a day later, another follow-up post was put up, this time showing a magnifying glass, scattered maps, and the smattering of notes, alongside the aforementioned date. Between that and the first tease, it appears Fillion is gearing up for an appearance in an Unchartered project, with more information slated to arrive on July 16, 2018.

With Spidey star Tom Holland being cast to play Drake in the series’ upcoming live-action adaptation, this could be our biggest hint at a young/old Drake situation. Coincidentally, San Diego Comic-Con (SDCC) 2018 will be kicking off on July 19, which means whatever details shared on Fillion’s given date would most probably be the prelude to an announcement during the event itself.

Either way, having Fillion in the shoes of Drake is certainly be a wish come true for fans. Due to his uncanny physical likeness to the character, rugged look and all, he has long been the community’s top choice for representation. Besides, Mal’s personality boasts many similar characteristics to that of Unchartered‘s protagonist, from their rebellious charm to the penchant for jokes and witty quips, which means he’s had Drake’s traits pinned down already; plus – they both share the same first name, so it’d be pretty nifty for a Nathan to play another Nathan.

Here’s to hoping for the grand reveal on July 16!