10 Easter Eggs From Loki Episode 5 You Might Have Missed

DISCLAIMER: Be warned that heavy spoilers lie ahead!

With just one episode left to Loki, Episode 5 takes viewers on a great adventure in the Void, where pruned variants of Loki call home.

As seen in Episode 4, those who have been pruned by the TVA are sent into what is called ‘The Void’. It’s a rather nasty post-apocalyptic New York with a cloud monster named Alioth that devours anyone in his way. To no surprise, the only folks alive are Loki variants, because well, Lokis survive.

Whilst the episode was a heart-pumping adventure, there are a number of easter eggs in the episode that one might miss if not observant. Here are 10 easter eggs we spotted in Episode 5 of Loki that you might miss!

As our Gods of Mischief climb into their hideout, the camera pans down to reveal Frog Thor trapped and frustratingly jumping for Mjolnir. Thunder Frog is essentially Thor in frog form like how Loki had the God in alligator form too.

If you look a little closer, you’ll see a metal plate that says ‘T365’, an issue number from the Thor volume 1 comics that denotes the first full appearance of Thor Frog of Thunder.

As our Lokis stroll about the void, a little copter appears in the corner with Thanos’ name on it. The evil eternal is nowhere to be seen (probably devoured by Alioth then) but it makes us wonder what that Thanos variant was up to and would he have gone up to the same plans as the Thanos we know and see in Avengers: Infinity War and Avengers: Endgame.

In the comics, Thanos went up against Hellcat and rode a helicopter with his name written on it. The copter is a bit of a meme in which Thanos wasn’t quite as formidable as his MCU counterpart. Let’s just say the makers of Loki want us to remember some of Thanos’ not so finest moments.

In an attempt to save Loki and Sylvie, Classic Loki uses his powers to create illusions of a city. The city in question? Asgard.

Earlier in the episode, he spoke about how he left Asgard and lived a long life in isolation trying to find his great purpose before being pruned by the TVA. The lonely villain missed home (and his brother Thor) dearly and recreated it in his last few minutes alive.

S.H.I.E.L.D. Helicarriers are meant to be suspended in the air indefinitely so the fact that a destroyed helicarrier is seen amongst mass debris is quite worrying.

A closer look later on in the episode reveals that it’s the #42 helicarrier captured by Hydra, as seen by the terrorist organization’s symbol.

Of course, New York isn’t complete without Stark Tower. In one of the scenes, the audience can see what looks like a destroyed Stark Tower in the background except the word ‘Stark’ has been curiously replaced with ‘Qeng’. In the comics, a company had bought Avengers Tower from Stark Industries and had renamed it to Qeng Enterprises. The big purchaser?  Mr. Gryphon, one of several different versions of Kang the Conqueror that were created due to a big glitch in the timeline

With all these significant buildings transferred to The Void to await the end of all time, it’s crazy to think that everything that we know of the MCU is just one outcome of infinite outcomes. Although (Frog) Thor made an appearance in the episode, no other Avenger was seen.

This episode included a lot of walking amongst debris for our Lokis and in a wide-shot, there seems to be a large head or helmet sitting in the middle of the landscape. It looks just like Yellow Jacket’s helmet in the Ant-Man franchise. It doesn’t match the one we’ve seen in the movie but it could very well be the helmet to a variant.

Apart from Thanos’ copter and the destroyed helicarrier, another familiar vehicle lies in the void. As our Lokis stand facing Alioth, Ronan’s ship from Guardians of the Galaxy can be seen in the background.

In Captain America: The First Avenger movie, Red Skull is seen escaping in a plane. The very same plane can be seen in the background when our group of Lokis are seen once again journeying through the void on foot.

During a sequence in this episode, a huge naval ship suddenly appears in The Void. The naval ship in question? The USS Eldridge, a vessel that has been linked to a military project known as The Philadelphia Experiment. The ship was rendered invisible or cloaked to enemy devices but it seems like Loki is proposing that the ship wasn’t just cloaked, but removed from time entirely. We’re loving this conspiracy theory inclusion!

Yet another conspiracy theory! In the Loki lair, an arcade game called Polybius can be seen in the background. According to myth, Polybius was a government-run crowdsourced psychology experiment that unfolded in Portland, Oregon in 1981. The game is said to produce intense psychoactive and addictive effects in the player.

And there you have it, 5 easter eggs that you might’ve missed in Episode 5 of Loki. With Marvel being kings at easter eggs, each episode is a joy to watch and a fun game to play – though we wouldn’t read into it or derail us from the main story.

Thus far, Loki has been delivering a lot of mayhem, time-travelling and dimension-hopping adventure. Fingers crossed that next week’s finale will be epic. Tuning in the series finale when it airs on Wednesday on Disney+. Read our review here. 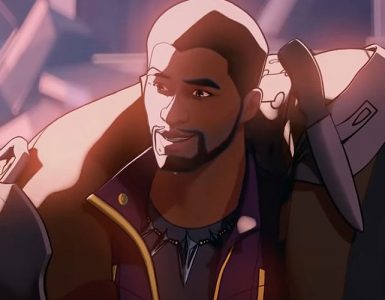 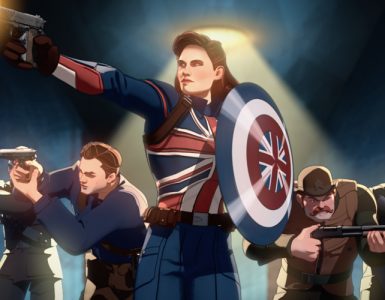