As the Skywalker saga drew to a close last month with Star Wars: The Rise of Skywalker, the Star Wars hype, understandably, simmered down as well.

Coincidentally, Star Wars: Destiny, the collectible card and dice game by Fantasy Flight Games, will also end its almost-four-year run soon, from a recently-released statement on its official website.

“Star Wars: Destiny has been a big part of my life,” said Lead Developer Jeremy Zwirn in the statement. “It has provided countless hours of enjoyment and unforgettable memories… Even though the development of this game is coming to a close, the game itself will not end—each time a deck is shuffled, each time a die is rolled, each time a player tastes victory, the game will live on.”

The cancellation of Star Wars: Destiny also means that Organized Play support for the game will cease to continue, with the Star Wars: Destiny World Championship happening in May being the last such official FFG-sanctioned event to take place.

This, of course, came out of the blue, given that the game only came out in 2016, and the community didn’t hesitate to express their sadness and disappointment at FFG’s decision to pull the plug.

Several factors could be taken into account for the cancellation of SWD. Arguably one of the biggest implications for the above could be that FFG is pulling its resources to focus on putting out more content for the three heaviest-hitting Star Wars titles in their arsenal: Star Wars: Armada, Star Wars: X-Wing, and Star Wars: Legion. To put it simply, the Force just wasn’t strong enough in Star Wars: Destiny.

How exactly the cancellation will impact the future of Star Wars-related FFG products remains to be seen. 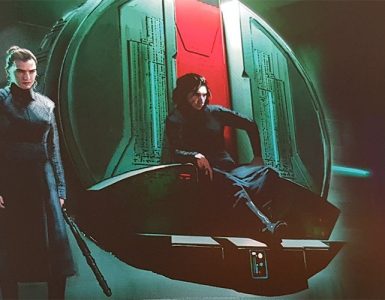