House of the Dragon star Matt Smith confesses that the Game of Thrones prequel series has too many sex scenes.

The actor, who plays Prince Daemon Targaryen in the upcoming series told British The Rolling Stone that his character has a fair share of sex scenes, perhaps even “slightly too much” for the 39-year-old actor.

“You do find yourself asking, ‘Do we need another sex scene?’” said Smith. “And they’re like, ‘Yeah, we do.’ I guess you have to ask yourself: ‘What are you doing? Are you representing the books, or are you diluting the books to represent the time [we’re living in]?’ And I actually think it’s your job to represent the books truthfully and honestly, as they were written.”

House of the Dragon is based on George R. R. Martin’s Fire & Blood novel and takes place 200 years before the events of Game of Thrones. It tells the tale of how the Targaryens rose to power and claim the iron throne.

Just like its predecessor Game of Thrones, House of the Dragon will feature sexual content – something that has landed the HBO series in hot waters a couple of times for its blatantly abusive and non-consensual portrayal.

However, as executive producer Sara Hess explained to Vanity Fair earlier this month, House of the Dragon is committed to showing non-violent sexual encounters.

“I’d like to clarify that we do not depict sexual violence in the show,” said. “We handle one instance off-screen, and instead show the aftermath and impact on the victim and the mother of the perpetrator.”

That said, it does not mean violence does not happen at all. Hess added that there are some sexual instances in which the female participant doesn’t have much power.

“We don’t shy away from the fact that our female leads in the first half of the show are coerced and manipulated into doing the will of adult men,” she continued.

“This is done not necessarily by those we would define as rapists or abusers, but often by generally well-meaning men who are unable to see that what they are doing is traumatic and oppressive, because the system that they all live in normalizes it. It’s less obvious than rape but just as insidious, though in a different way.”

House of the Dragon premieres on 21 August on HBO Max and HBO Go. 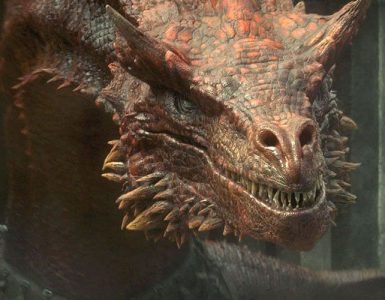