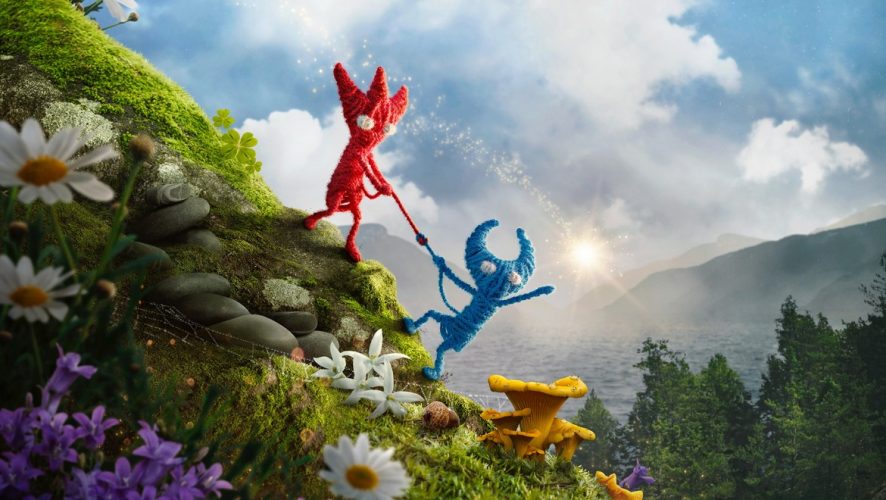 It is a testament to how great the first Unravel was when the sequel, Unravel Two, announced and released simultaneously during E3 2018, made me wished that I had my PlayStation 4 with me in the hotel room while covering the annual game show. For all the attention the adorable Yarny deservingly gets, it was a puzzle platformer that married good gameplay with beautifully crafted storytelling, and Unravel Two improves upon everything that was in the original. 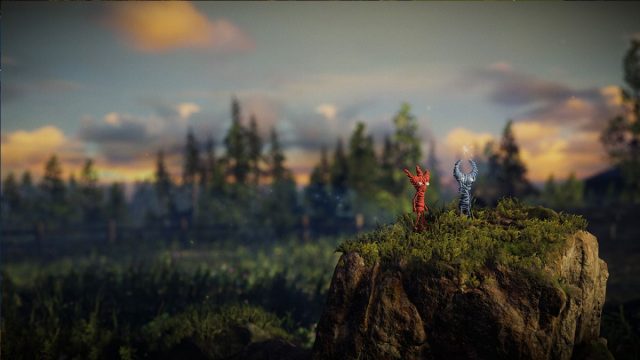 The most important and apparent change to the Unravel formula is the addition of a second Yarny. And while you can play through the entire game solo while controlling both Yarnys without much of a disadvantage, having a second player along for the ride certainly makes things go faster and smoother.

Even better, you get to customise your own little Yarny’s shape, colour, and even eyes!

Players have the ability to quickly separate or entwine both characters whenever needed to solve puzzles, and you only have to successfully overcome platforming sections once. It is a mechanic both helpful and refined in design, and works perfectly be it solo or with a second player. 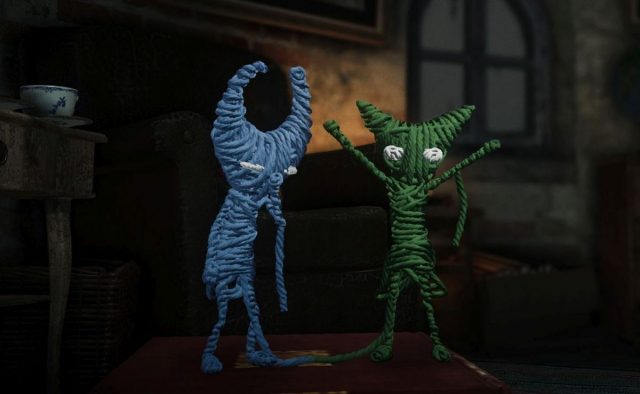 Platforming sections are more than just timing your jumps and traversing terrain, Yarny’s abilities in swinging across gaps, rappelling, climbing, lassoing, tying knots, and forming bridges are back. While some may argue that having similar abilities does little to refresh the formula, the developers over at Coldwood Interactive smartly avoids the issue by adding the second Yarny.

Not only are the puzzles now more challenging, they offer much more depth than ever before. A once insurmountable obstacle without anchors in sight can now be overcome by using one of the Yarnys as a portable anchor to swing, climb, or descend from. It opens up a world of possibilities in puzzle design. 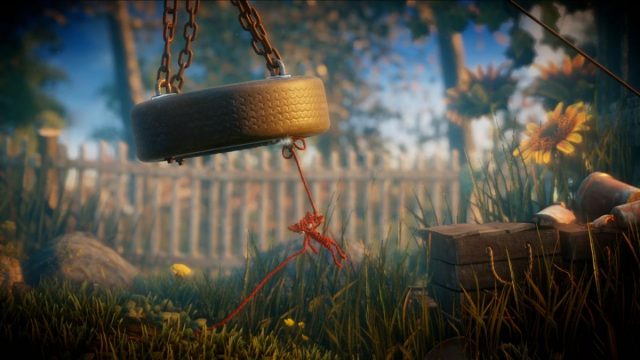 Some standouts will require players to loop their Yarny around certain objects, creating more points at which you can manoeuvre from. It definitely takes some planning and foresight, but failure never makes you feel like giving up as the solution is only a short gap away.

Forming trampolines or bridges to move objects also made for a fun time figuring them out, and such creativity goes a long way in ensuring the variety of puzzles never get old. Even when you get stuck, Unravel Two‘s handy hint system will give you some ideas for success, and there is no shame in that with the added challenge of the sequel’s puzzles.

That said, playing alone and switching between both characters at will is a satisfying way of navigating Unravel Two‘s many puzzles, but with a co-op partner, it becomes an exercise in communication and coordination. 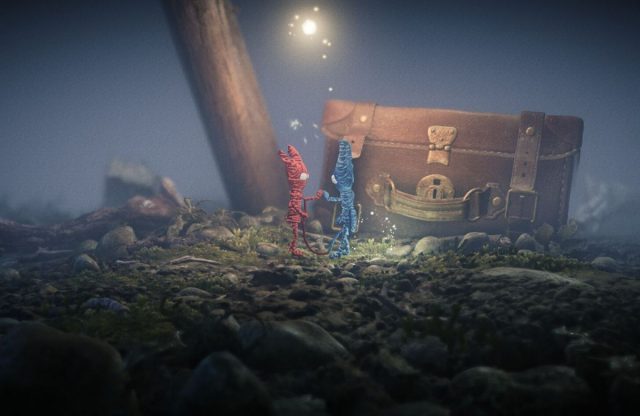 It adds tension and stress, but also gives you moments of levity as a mistimed jump smashes Yarny into a cliff face time and again. Watching your partner repeatedly stalked by a pigeon never gets old, and there are plenty of occasions to take in the sights while exploring the world. As most partnerships go, it will take some time to refine your approach, but seeing two great partners hit the ground running is an awesome sight to behold.

Thankfully, Yarny moves with more grace and ease now. With a more responsive nature, it is now easier to keep control of Yarny as you come upon sections that require not just great timing, but precise placements as well. Suffice to say, the platforming has greatly improved from the first game, and it is never too frustrating. Learning from your mistakes is a key part of the Unravel Two experience. 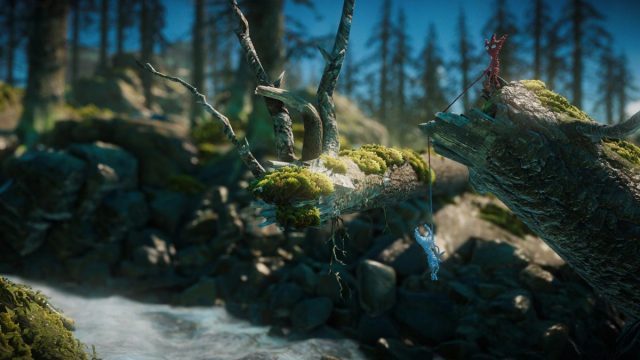 Visually, the unique art style and perspective remains, as the Yarnys make their way through vibrant and lush forests into the unforgiving concrete of urban society, while retelling the story of a pair of teenagers who have found themselves out and in trouble. The deliberate attempt to make the background story more opaque certainly lends a sense of mystery and curiousity, but is less well done compared to the touching tale that was in the original Unravel.

The levels themselves are almost photo-realistic, and with the Yarnys’ tiny frame coupled with forced perspective, you cannot help but enjoy the tiniest of details the developers have put in. Even the most mundane of things like the moss on the dirt floor or the sparks flying off industrial machinery can captivate when you are seeing it from Yarny’s perspective. 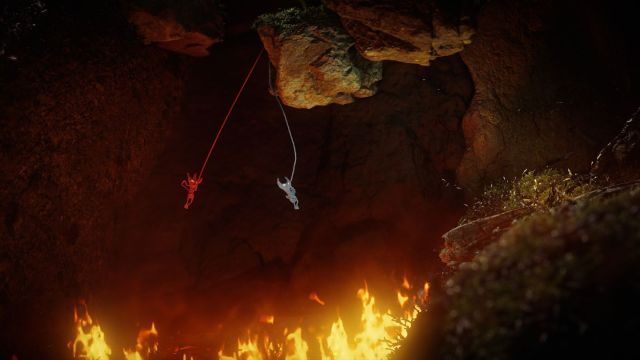 With seven core story levels that should take about 25-30 minutes to clear, and 20 Challenge Levels to test your skills, there is a substantial amount of content to enjoy for Unravel Two. While the main levels can be easily tackled, the additional Challenge Levels are some of the most daunting obstacles you will meet.

Be prepared to fail over and over again at deviously designed puzzles or hard-as-nails platforming challenges. This is where you can see the full extent of the creative ways the designers can challenge players, and if there is more to come, keep them coming! It is also very helpful to have a competent partner for such stages, and completing these levels not only shows off your skills, but unlocks more customisation options for your Yarny, no doubt a great incentive for many. 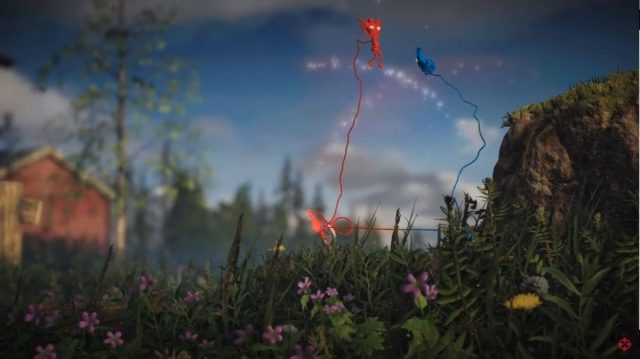 Although Unravel Two lacks the emotional resonance the original had, there is little doubt that it provides a significant upgrade on everything else. A more enjoyable platforming experience with improved controls, a wider variety of cleverly designed puzzles, stunning aesthetics, and the unexpected but welcomed addition of a second character for solo/co-op play marks Unravel Two as a genuinely great time.

Unravel Two is available now for PC and consoles.

A delightful puzzle platformer that retains the charm of the original and improves everything else for a grand time.