There’s a certain irony in having a post-apocalyptic pandemic movie be the saviour of a post-pandemic recovery economy.

Instead of heavyweights including Christopher Nolan, Black Widow, Wonder Woman, Mulan, South Korean horror sequel, Train To Busan: Peninsula, has emerged to re-energize the cinema industry in Singapore. It is the very movie that would unite moviegoers as they enter theatre halls which have been closed for the last three-plus months.

Much like the original which has a train full or survivors heading towards a mythical salvation, a small group of survivors are making their way back to the South Korean peninsula to extract a life-changing package. The survivors are running the risk of being exposed to the contagion that has left the whole country an abandoned dead city since the national evacuation four-years ago.

In the current landscape where some members of the living population have decried the needs of the many to support the beliefs of the individual above all else. The conditions of survival within the movie take on new meaning, as characters pick difficult choices that seem selfish, yet can be at times practical.

Peninsula is actually a spiritual sequel to the first, which has emerged as a classic, not only within South Korea’s output of zombie-infested entertainment (Kingdom, Rampant), but also in the wider global renaissance towards the genre that has been led (some would say back to their graves) by AMC’s The Walking Dead.

Peninsula is set in the same universe and nation as the original, but doesn’t feature any returning characters, just the circumstances. Having managed to escape on the last boat out of South Korea to Hong Kong, where South Korean refugees there are ostracised by Hong Kongers for being carriers of zombie disease, the same way Chinese are being blamed for the current COVID-19 pandemic, Captain Jung-seok (Gang Dong-won, Golden Slumber, Illang: The Wolf Brigade) and his brother-in-law, Chul-min (Kim Do-yoon) have to deal with the trauma of leaving family behind during the evacuation, even as Jung-seok has the additional burden of ignoring other evacuees during his final escape.

Returning to South Korea isn’t made by choice either – burdened by their actions that led to the death of family, the duo are seeking the rewards that come with the extraction but are surprised when they discover that there are still survivors in the country. This includes a group of renegade soldiers who have somehow adapted to the situation by their encampment into a controlled regime, loosely held together by their military ranks and roles. Soldiers with guns who think they know better amiright?

And it is through this discovery that the story firmly entrenches itself as yet another tale of selfish human behaviour in the face of a possible extinction level event. The one staple of horror films, be it slasher, horror or the zombie genre is the demise of characters through their stupidity – a factor that audiences pride themselves for not taking based on hindsight but as the current real-life situation as determined, based on the individual behaviour that potentially places individuals and those around them at risk, common sense is rather uncommon.

That’s not to say that the film is a critique of selfish, white-people behaviour that has dominated certain Western nations’ attitude towards a pandemic, but the human decisions made. The scenario leads audiences to conclude as being unrealistic (such as not screening individuals before allowing them safe harbour) can now be re-characterised as being possible in some environments. There’s also the whole Jurassic Park dilemma – why would anyone allow a self-contained environment to remain intact and have the outbreak fester for four year, without any active means to render the locale inert?

The narrative of redemption here is not new, and it’s obvious from the get-go that certain characters will not make it to the end of the flick, while others were tailor-made for survival. It’s also extremely coincidental that Jung-seok would chance upon a survivor who turns out to be someone he willingly ignored and seemingly abandoned during his first escape. Surely the writers and director aren’t expecting for him to do a 180 degrees and make him save her and her two daughters at any cost now would it?

There’s also the issue of acting by some of the secondary characters. The white actors are hamming it up and it’s not intentional – they just don’t come across as natural. The insane military jailers schtick has also been done to death, and there’s nothing new here. And despite having been abandoned as a whole, the streets have been seemingly cleared of cars neatly on one side of the road, allowing our explorers a chance to drive across the city easily.

Aside from a few car chases that are too overly CGI in nature, Peninsula does a good job in creating an overrun, decrepit city taken over by the undead and nature. It’s too bad that much of it is shown in the night time, creating a muddy overlay meant to hide the wider CGI details.

But audiences won’t mind that this sequel lacks the frenetic pacing of zombie chases within the limited confines of a train, as a wide-open environment allows for more destruction. The funny thing is, the movie has cars, trucks, ships, helicopters – basically vehicles of all types that appear, but the titular train is nowhere to be seen. 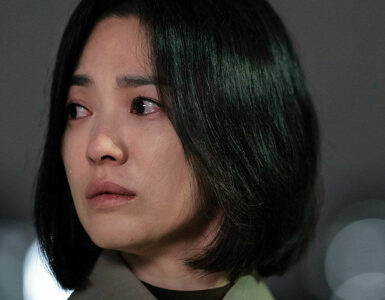