With competitive gaming on the rise, so has the number of gaming mice released to keep up with the demand. In response to that, Razer has released the Viper Ambidextrous Wired Gaming Mouse which proved to be quite a heavyweight of a mouse despite its incredibly lightweight design. Now, less than half a year later, Razer is already pushing a brand new, wireless version of the mouse to match.

The Viper Ultimate takes all the esports trappings and designs of the original Viper, retaining its super lightweight design while removing the cord, which some might find cumbersome. And though the scroll wheel on the mouse could have been a lot smoother, the Viper Ultimate is still probably one of the best gaming mice currently available in the market.

At a glance, the Viper Ultimate is almost a carbon copy of the Viper. With its matte black body having relatively little curvature except for a gradual curve at the back, perfect for users who prefer to have a filled palm when using their mouse. This lightweight gaming mouse comes in two different types of finish, there is the aforementioned matte black on the shell and main buttons of the mouse, while to the side one can find textured rubber side grips.

Though we have to say that the side buttons on the right might be a little too easy to misclick, as we’ve found ourselves doing rather often. This isn’t too big a deal usually but can be annoying when you are in the middle of a heated game and find yourself out of the game because of accidentally clicking said side button. We ended up simply deactivating them to prevent further problems with it.

Both the main left and right buttons of the mouse delivers satisfying deep clicks though we found the scroll wheel a little too stiff for our liking. With everything about the Viper Ultimate being about ease of use and lightweight, the stiff scroll wheel just felt a little out of place.

Despite being an ambidextrous mouse, the Viper Ultimate was neither uncomfortable nor awkward to hold. Sure there might be no palm rest to place your hand on but we found that our thumb was able to cosy up to the sides of the mouse fairly comfortably with the ring finger and pinky hugging the opposite side of the mouse. Of course, someone with a bigger hand than us might not find the Viper Ultimate as comfortable to use. We’ve found that despite using it for a few weeks, our grip on the mouse was still comfortable. seeing as how there was no palm rest for our hands to sit on.

Perhaps the next best thing about the Viper Ultimate is how light it is. When we stopped using it and switched to other mice, they all felt significantly heavier in comparison (save for the Viper Ultimate’s wired counterpart of course).

Razer has equipped the Viper Ultimate with its brand new optical sensor, the Razer Focus+ which is the result of a collaboration with Pixart, an industry leader in smart sensor manufacturing, and it clearly shows.

The sensor is extremely responsive in-game and tracks your every move to the very pixel, giving you a top tier gaming experience. The DPI on the Viper Ultimate can also go all the way up to a whopping 20,000 DPI for those that prefer their mouse to have an incredibly high sensitivity. Of course, the great performance of the Razer Focus+ will be rendered useless if the wired connection between the mouse and in that aspect, Razer’s Hyperspeed Wireless did its job perfectly. We saw no perceptible latency and the connection has never dropped once while using the mouse when we played games such as Overwatch.

Charging the Viper Ultimate is also incredibly easy with the dock that comes with it. The mouse easily attaches itself to the dock magnetically and we highly recommend you to set your Viper Ultimate down on the dock whenever you are not using it to ensure that its battery is constantly charged. On a full charge, the mouse is able to last for about two to three days until it needs to be charged. For those who wish to keep using the mouse while it is charging, there is a micro-USB port that you can use to charge the Viper Ultimate as your game.

For those who like customising their mouse, the RGB on both the charging dock and Viper Ultimate can be easily changed thanks to Chroma Studio on the Razer Synapse application, much like the wired Viper gaming mouse.

The Viper Ultimate is almost twice the price of the wired Viper at S$239.90, and might seem a little pricey, but considering how well Razer has taken one of the best gaming mice of 2019 and removed the wire with little to any compromise as well as the quick and easy charging dock, we say that it is definitely worth its price.

The Razer Viper Ultimate might not come with too many bells and whistles but with how well it performs as a gaming mouse, it does not need to. 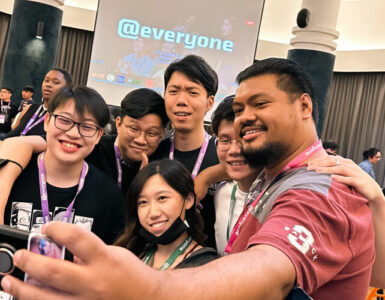 Some of the coolest highlights from Twitch in 2022!