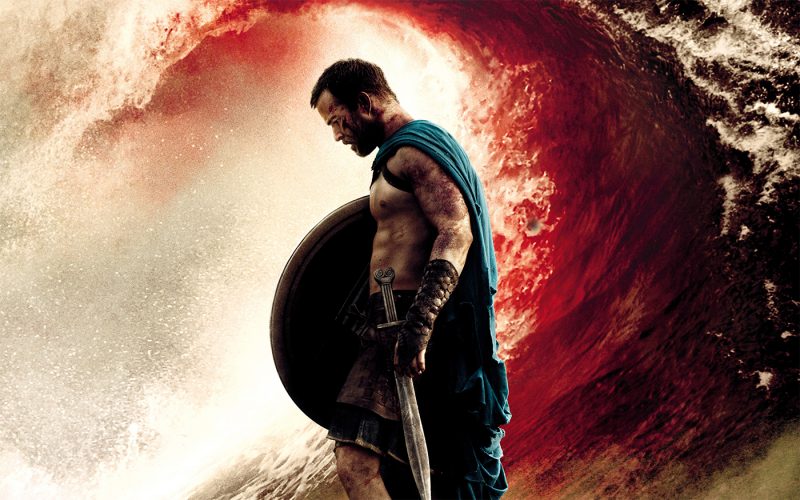 “The worst pain a man can suffer: to have insight into much and power over nothing.”

When “300” was released back in 2007, it was a massive box office hit. A historical fantasy that spewed blood across the screen with glee and where most characters delivered their lines with a scream until hoarse. Based on Frank Miller’s graphic novel of the same name, Zack Snyder delivered a pulpy adaptation that was an equal spectacle and in absurdity. 2014 brings “300: Rise of an Empire”, a follow-up that is both sequel and prequel. “Rise of an Empire” adds naval battles to the carnage this time which highlights the ongoing war between the Greeks and Persians from a different perspective. Visually, the film is a carbon copy of the original but the battles achieve a height that the original didn’t. Yes, “Rise of an Empire” is even more ridiculous.

As Xerxes (Rodrigo Santoro) initiates his plan to destroy Sparta and Athens, General Themistokles (Sullivan Stapleton) prepares to defend Greece by sea. He launches a small fleet of ships as King Leonidas (Gerard Butler) marches his men to their destiny (see “300”). Leading the Persian navy is Artemisia (Eva Green), a cutthroat commander who is out for blood no matter what. As Themistokles fails to recruit Queen Gorgo (Lena Headey) to the battle, he must rely on his men to destroy the great Persian fleet. Artemisia in the meantime is frustrated with her navy’s inability to defeat the Athenians and seeks an alliance with Themistokles, who’s army is overwhelmed after receiving the news that Leonidas has fallen in battle.

Noam Murro steps in as director and follows Snyder’s visual template to the letter. Slow motion, flash cuts and desaturated colours are the way in this film. Murro keeps things clean and simple but delivers the action scenes with accomplishment and brutality. What Murro does better than Snyder is deliver a more human story too. He focuses on the sense of duty between the combatants. He also establishes a larger scope to the film which includes naval battles and a true villain, something that “300” didn’t have. 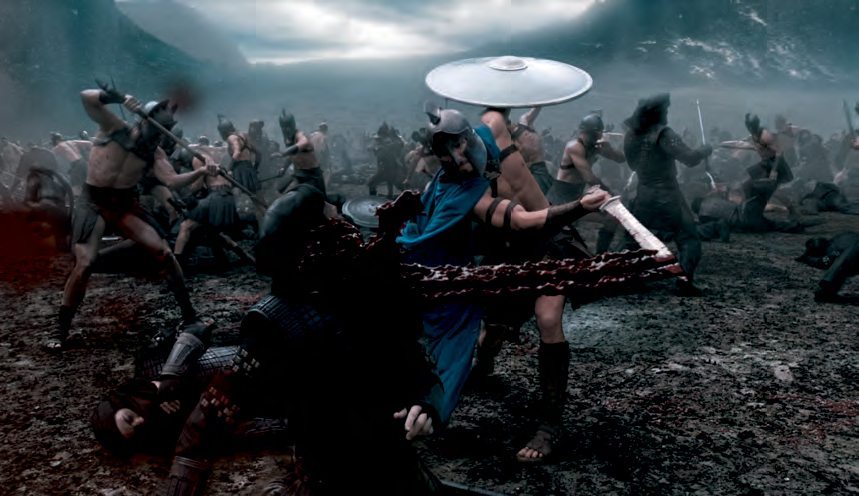 “Rise of an Empire” is an extremely violent and bloody film. It is “300” on steroids. But it’s never over done, never off putting. Murro turns the carnage into a red ballet of death and destruction. Each battle is distinctive, so nothing becomes muddled or repetitive. The screenplay is credited to Snyder and Kurt Johnstad and works well as a prequel/sequel story. It won’t win any awards but it gets the job done. The best part of “Rise of an Empire” by far is Eva Green. She plays the character of Artemisia with relish and steals all the scenes she is in. She is fantastic to watch but don’t think of her as the only reason to watch it. “Rise of an Empire” is a well rounded film. A masterclass of mayhem and destruction with each hack of the sword delivering blood to the big screen in a cinematic fury that has not been seen in some time. 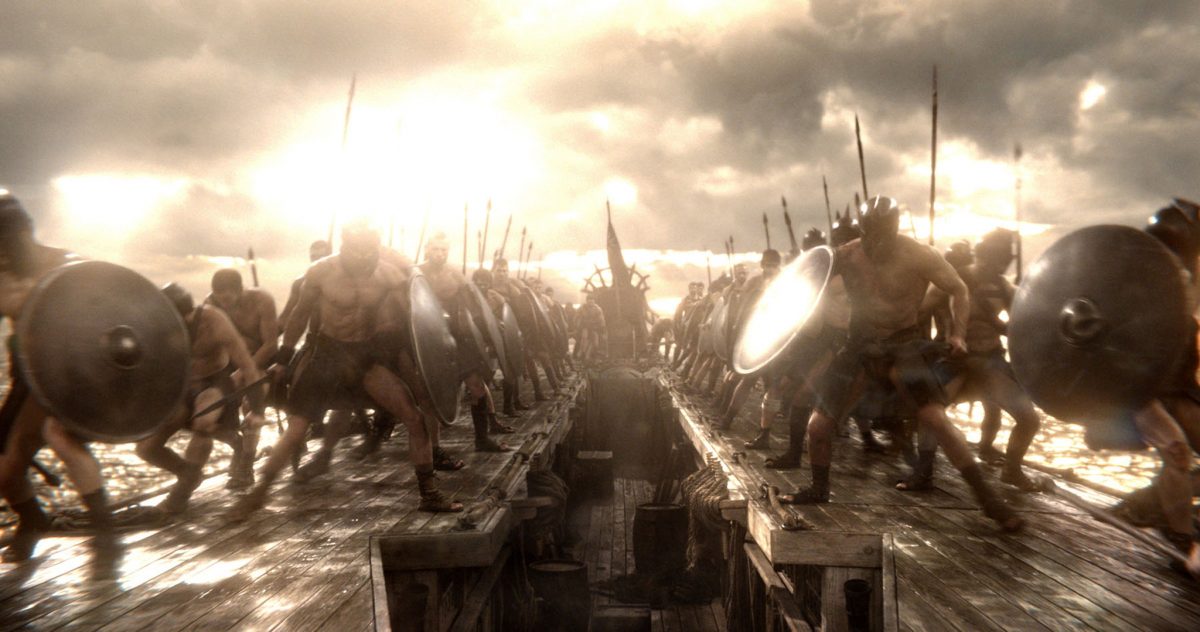 It’s 300 mixed with Spartacus on overdrive. Fans of both will love this. It’s close to being a sequel that is better than the original.