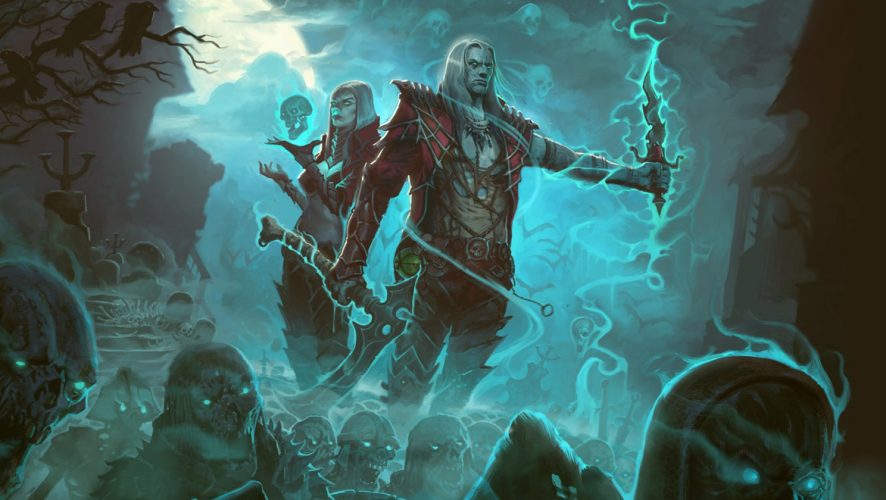 The Return Of The Dead: Diablo III Necromancer Class Interview

Since its release, Diablo III has gone on to sell 12 million copies worldwide, placing it as the 4th best selling video game after another Blizzard title, World of Warcraft.

But while World of Warcraft has been seeing expansion upon expansion, the same cannot be said for Diablo III. In fact, Diablo III’s beginnings were far from great. There was an awkward implementation of a real-money auction house, and broken itemisation (Demon Hunter crossbow with strength on it? In case, you’re not in the know, the preferred attribute for Demon Hunters is agility).

However, if you look at the game today, the title is way more polished, and it is now the epitome of a game where you can squeeze in at any part of the day.

Have 20 mins to spare? That’s perfect for two quick rift runs, which guarantees legendaries for a little bit of clicking. Diablo III is a game that is all about loot, and the developers seem to have struck onto a formula that keeps players constantly showered in new legendaries.

And the game is about to get a new breath of life, in the form of a new Necromancer class character.

For this, we have to thank the efforts of the game’s current lead writer, Valerie Waterous, and lead VFX artist, Julian Love.

Eschewing a full expansion pack release in the form of Diablo III: Reaper of Souls, Blizzard has teased the release of the new Necromancer class singular class purchase. I’ve had the chance to give the class (too much) time on the public test realm before realising that it would all be wiped in due time. Diablo III, in its current form, makes it all too easy for a player to get sucked in.

Blizzard Entertainment arranged this interview and I imagine that the pair were ushered into a conference room to accommodate my interview early Friday morning, Singapore time. Without the benefit of a video call, the best guess I could estimate from their responses was one probably after a long busy day. There is a launch at hand, but while there’s no fixed release date, we’re sure the teams are putting on the finish touches till the eleventh hour.

With slightly over 20 years since the franchise made its debut, Diablo has impacted many a gamer. This has lead into the creation of a role which would not have existed without it.

Diablo fans would be familiar with the necromancer, as the class is not new to the series. In fact, the Necromancer made its first appearance way back in Diablo II, and Valerie made sure to tap into past material to develop the well-loved character even further. Luckily, she had two lore historians on hand to furnish her with details.

Lore Historian? Wait, what, or who’s that?

“We have two lore historians who have have access to all the published materials we’ve done at Blizzard. They are extremely valuable resource to the writing team, in ensuring that everything lines up to ensure consistency,” she explained.

She also went back to the second game, to see what she could add to the character class.

“I think for every game it is important to embrace what had come before. So for the Necromancer, I looked into Diablo II a lot, and into areas which could be developed more. My aim was to reinforce the story so the community can enter and easily embrace these worlds.”

If you’ve played Diablo, you’d find that the personality of the character comes through mostly within gameplay itself. In a click-fest environment, it was extremely important for Valerie to help players build a connection to their class, especially outside of the game’s cutscenes. 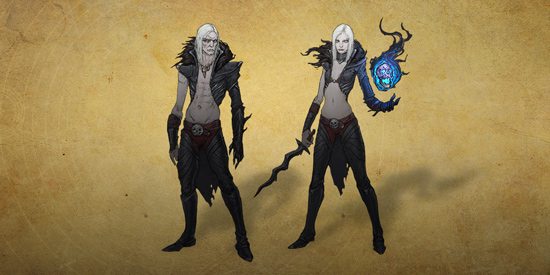 There was one aspect that Valerie was extremely tight lipped about, which was how often players turbo through the game by skipping cut-scenes.

“We aren’t able to reveal any information on that,” was the reply after a slight pause.

After all, skipping the core vehicle Diablo uses to tell their narrative might strike a raw nerve for the folks who have poured their hearts into the game.

“Depending on which part of the game you play, be it adventure mode or the core campaign, the flavour will always be there no matter.”

With the new class, players can expect the same adherence to these same core principles Blizzard has established for Diablo III. Constantly, I’m reminded how the Priests of Rathma are constantly fixated on “the circle”, and that they are essentially in bringing balance to the world of Sanctuary.

A bone to pick

If you’ve seen some of the new gameplay videos floating around of the Necromancer, you would see that the class looks similar to how we left it off in the previous game. However, this has more to do with feedback on how a drastic change to one of the core Necro skills did not sit well with playtesters.

“Initially, the Bone Spear was meant to be an elongated spinal column, which was developed by our concept artist. We all thought it was awesome but by the time we shared it with the people in the office, they have difficulty connecting it to the original Bone Spear in Diablo II,” recalled Julian Love, Lead VFX artist for Diablo III.

It seems that the impact of Diablo II seemed to have left quite an impression on the player base because frankly, I’d love to beat down some enemies which a huge spinal column. This is where too much consistency would have been a bad thing.

“Even though we were really jazzed with the look, there was a realization that unless it looked like the classic Bone Spear, it wasn’t really going to work. So we reworked the skill and it’s gonna ship looking like the classic version.”

It might have been just me, but it sounded like there was a tinge of regret of how great the skill could have been, after hearing Julian retell the story. Perhaps the team were simply victims of the game’s own success. After all, it’s the art style that really makes Diablo stand out from everyone.

What also stood out for me was the strong military motif the Necromancer has in the artwork for the game we’ve seen so far. Almost sheepishly, Julian added that the necro was “the commander of the dead”, hence the look. There’s a joke here and one that’s probably been hammered to bits which Julian probably decided it wasn’t worth repeating.

Julian also knew better than to touch a classic and even if he had the choice to remake the visuals for the game in 2017, he felt that Diablo has built a classic look that could stand up for a very long time.

“When you’ve built something timeless, it actually made it easier for us to put in so much new content out throughout the year, as we don’t have to worry about how fresh something feels no matter what era it’s being played.”

In my best efforts to gather more on what the future might hold for Diablo, it would seem that it the only thing on the minds of Julian and Valerie at the moment would be the release of the Necromancer and patch 6.20. Even when it came to timelines, the best that they could offer was a firm “soon”.

Looking at the time I had spent on the public test realm, I’d say that the Necromancer is absolutely a blast to play. It’s everything you’d loved about the class in Diablo II and then some more.

If you haven’t been back to the world of Sanctuary in awhile, this is the perfect time to do so.