1986 was an incredible year for movie lovers. It gave us the exhilarating Top Gun, the thoughtful Stand By Me and the visceral Platoon. It also gave us the fascinating fantasy movie called Labyrinth. Directed by Jim Henson, the box-office flop turned cult-classic is part unusual, part sinister and purely magical.

35 years on, the movie is still as delightful as ever. Teenager Sarah, played by fresh-faced 14-year-old Jennifer Connelly, is resentful of being saddled with babysitting her baby brother while her parents are out on a date.  She whines, grumbles, and wishes for the goblin king to whisk him away. And just like that, the nefarious Goblin King (David Bowie) descends upon her room and kidnaps her brother, sending Sarah into instant regret.

Thus began young Sarah’s spellbinding adventure into a tricky labyrinth to save her brother from the Goblin King’s clutches before he’s turned into a goblin forever.

During her journey, she rescued the gigantic beast Ludo, outsmarted a pair of sly and bickering door knockers, made friends with Hoggle, the dwarf, and narrowly escaped the bog of eternal stench. When she comes face to face again with the Goblin King, she is mesmerised by his fluid crystal ball contact juggling skills and charmed by his deep-throated singing.

We know how the story ends, but Sarah’s peculiar journey to save her brother is one that we love replaying on the screen.

Now, there is another way to appreciate the movie — through jewellery.

The movie’s iconic scenes and characters are immortalised as miniature wearable collectibles in Sterling Silver. The most nostalgic piece in the collection is the Labyrinth Character Book Charm Necklace, available in two versions. One features memorable characters like Ludo, Hoggle and Sir Didymus, all jumping out of the semi-opened Labyrinth book. The other has three maniacal goblins attempting to escape the pages of the book, which represents the first act of the film as the story begins. Although the goblins can be a tad hard to spot, as the book is only slightly open.

If you are swept away by Jareth’s juggling prowess, the Labyrinth Goblin King Crystal Ball Necklace is made for you. Inspired by Bowie’s Goblin King, the necklace’s pendant perfectly captures a frozen moment of Jareth’s masterful contact juggling skills — a slender gloved hand twirling a pale-blue tinted crystal ball.

One of the most memorable and funny scenes was Sarah interacting with a pair of cranky door knockers, who tried to trick her but ended up being outsmarted. These door knockers are fashioned into a jewellery set- a pair of earrings and a necklace.

The asymmetrical earrings feature one door knocker on each side, and have moveable rings through the mouth and ears, just like in the movie. The pendants also feature for the left and right door knockers, and are twice as big as the earrings.

Only hardcore Labyrinth fans would recognise these, though. Most Asians are likely to identify them as ancient Chinese door knockers. While the earrings are small and cute, the Door Knocker Necklaces are much bigger. The pendant measures 2.5cm (1 inch)  in width and 4.5cm (1.9 inches) in length, and can look quite overwhelming when worn by someone with a more petite frame. It is also easily mistaken as a talisman.

Check out the rest of the Labyrinth Collection, which includes characters such as the well-spoken, tea-drinking worm and the endearing Dwarf, Hoggle, whom Sarah befriends upon entering the Labyrinth. 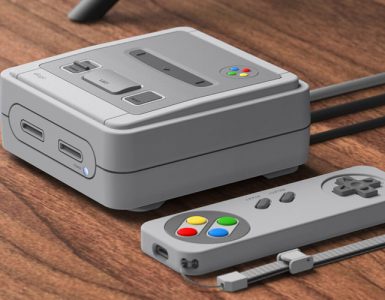 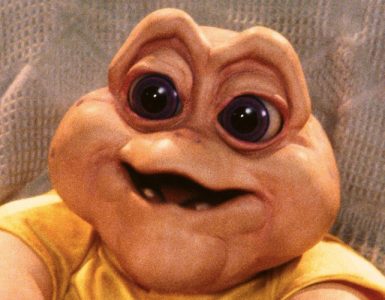 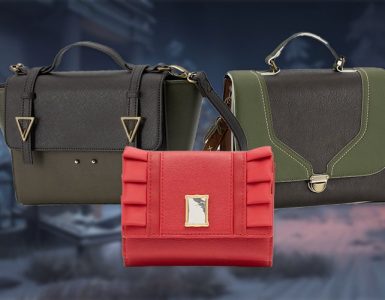 Time to escape from hunters or hunt down survivors in style.