When it comes to tablets, the Apple iPad family is the king of the hill. But in any family, there’s always that strange cousin or uncle who’s a bit out of sorts. Sadly, the new entry-level iPad, which features the A14 Bionic Chip, is that one individual.

At first glance, there’s really little to shout about the new 10th-generation iPad but there are still some tweaks that might be interesting to some.

For starters, the front-facing camera has now been moved and it’s now ideal to be used in landscape mode. Great for anyone who is looking to use the iPad more like a tablet and less like a notepad.

Gone is the front-facing, circular, home button which has now been replaced with the lock button which doubles up as the fingerprint sensor. This is something we’ve seen in the current generation iPads.

The biggest puzzler here is that this iPad supports the first-generation Apple Pencil which charges via a lightning connection. With the new iPad adopting USB-C as its port of choice, anyone who’s looking to charge the Apple Pencil can do so via a USB-C to Pencil adapter (S$15 / US$9) which is rather baffling considering Apple’s design standards.

This is definitely not the iPad model that aspiring creatives are looking to get hold of. For anyone who has used a first-generation Apple Pencil before knows how prone it is to rolling off a table edge and sending you straight to the store for a replacement. 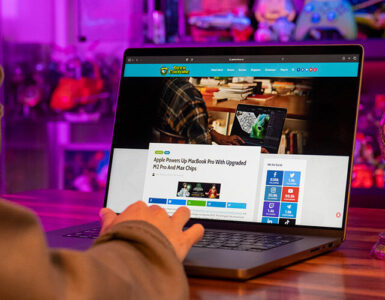