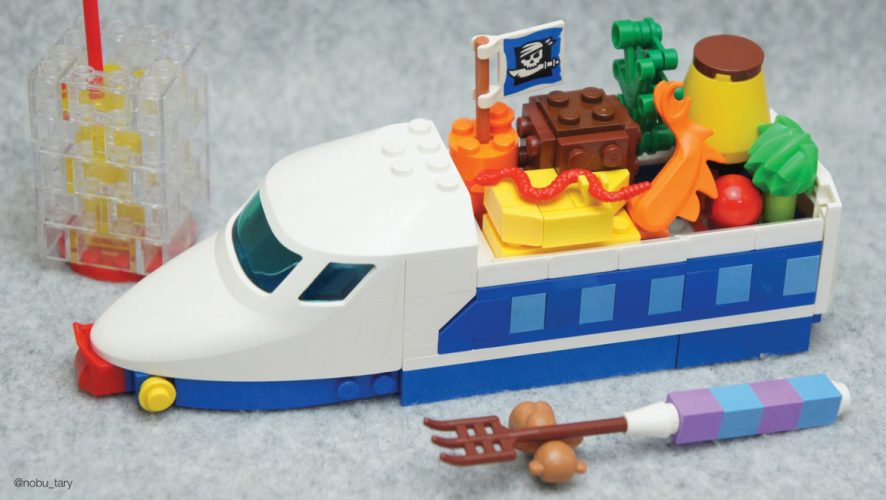 If you’ve ever gone to a Japanese restaurant, one of the most amazing sights at the main entrance are the fake food aka plastic food replicas aka sampura.

Those samples gives you an idea as to what the actual dish will look like, and if you ever go to Japan, it makes ordering easy as you know what the dish is, and can easy point to it to the waiter.

Now, a Japanese Lego master, Tary has taken things to the next level with his recreations of Japanese food items.

Check out this simple looking slide of pizza. All he needed to do is to add several round pieces for it to be a classic pepperoni, but no.

He went and did this.

Check out the amazing toppings, and that melted cheese. I would order this any day.

If an American food item isn’t your thing, check out his tempura rice set. Each shrimp has been carefully recreated, down to the three stripes of sauce dripping from the top.

And who can ignore his amazing bento box sets.

Here’s a round up of his other amazing food items.

It also looks like Tary is into Gundam and Star Wars Lego builds.

Oh, and we found this amazing Spider-Man (get it?) Lego figure that he crafted.

Now, does anyone have the instructions on these amazing builds?