The Vivobook 13 Slate OLED is the world’s first 13.3-inch OLED Windows detachable laptop. It is a versatile device that is designed to handle both work and play, featuring the sharp, crisp visuals of a 13.3-inch FHD OLED touchscreen panel with a 16:9 aspect ratio.

The juiced-up visuals are a more than welcome bonus when it comes to watching movies or playing games. And for some, especially visual and digital artists, they are vital in bringing out the best quality of work. The screen also has Dolby Vision, which means as far as colour accuracy is concerned, it is close to being impeccable. If that’s not enough to convince you, then it being Pantone Validated should be more than ample proof for it.

Given that the display is a touchscreen, and the portable nature of the device means that it will be touched a lot, the Corning Gorilla Glass screen with anti-fingerprint coating ensures that the display will be kept as clean as possible.

Audio-wise, the device boasts Dolby Atmos quad speakers, delivering immersive sound that brings the movie-watching experience to the next level.

This versatile 2-in-1 device is a PC and an OLED TV, or tablet, both at once. Its 785g weight and 7.9mm thickness means that it is easy to carry around and will not be a hassle to bring around. This is especially important because as a device that can do so much and will be used in a variety of situations, even the smallest bit of heft and bulkiness becomes palpable.

With a 50Wh battery capacity, the Vivobook 13 Slate OLED has a comfortable and robust battery life of up to nine hours. With the 65w fast-charge adapter, it’ll take 39 minutes to charge the device up from zero to 60%.

Accessories-wise, there are the keyboard, the cover stand, and the stylus pen. When paired with the ultrathin 5mm keyboard that weighs 314g, it is plain to see that portability and ease of use are high up on the priority list for ASUS. There is also a cover stand that allows the device to be propped up in both landscape and portrait mode, making a hands-free viewing experience easy to set up. Finally, there is the ASUS Pen 2.0, which will be indispensable for both the digital artist and the avid note-taker.

The Vivobook 13 Slate OLED comes with an Intel Quad Core processor with x86 architecture of up to 3.3Ghz. It also has a 5MP front camera, and a 13MP back camera, which will make video calls much smoother and fuss-free, especially with the AI Noise-Cancelling Audio in the mix.

Given that the hybrid work environment is becoming the norm, and with working on the go being increasingly common, the versatility afforded by the Vivobook 13 Slate OLED is a device worth considering for your next upgrade. It is both a workhorse and a portable home entertainment powerhouse.

The device, with the cover stand, keyboard, and bundled ASUS Pen 2.0, will start from US$599 with 4GB LPDDR4 memory and 128GB SSD storage. It will be configurable to 8GB memory and 256GB SSD storage. 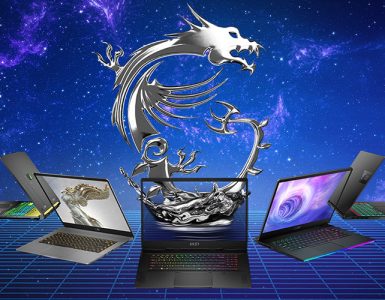 MSl takes a plunge into the Metaverse. 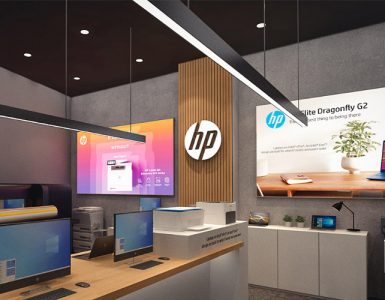